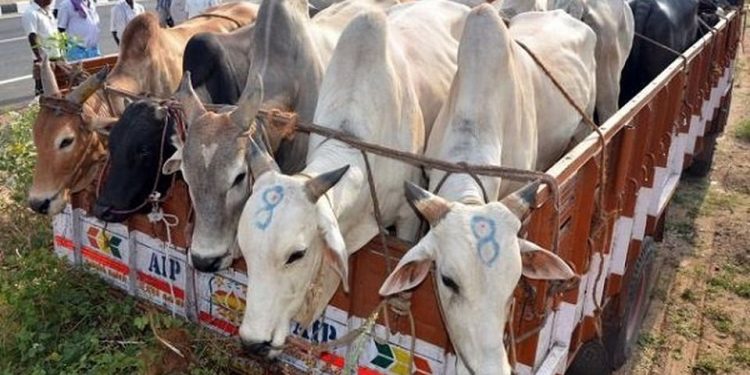 The Journalists’ Forum Assam (JFA) has sought a high level probe (preferably by the CBI) into the cattle smuggling racket that continues to exist in different parts of the State bordering Bangladesh.

“The issue of notorious cattle smuggling menace in Dhubri in western Assam has come to the public notice recently after the arrest of journalist Rajib Sarma from his residence at Gauripur in a midnight raid that sends shockwave across the country as his ailing father Sudhin Sarma collapsed on July 16 finding it too difficult to bear with,” JFA said in a statement.

Now the district police chief and a forest officer, who alleged Rajib as an extortionist, have been transferred.

Reacting over the issue, the Supreme Court’s senior advocate Upamanyu Hazarika commented that the arrest of a journalist, who used to report on the racket and corrupt practices involved with it, in a criminal complaint demonstrates the depth & strength of the cattle smuggling mafia in Dhubri.

Raising serious questions over the efficiency and intentions of the government in controlling the menace, Hazarika alleged that in the last five years cattle smuggling has only increased.

The convener of Prabajan Virodhi Manch also asserted that the cows from different parts of India are transported to Assam by the land route for smuggling to Bangladesh and hence Hazarika opined for strict regulations over inter-State transportation of the cattle.

“We would like to endorse Hazarika’s proposal for a CBI probe into the matter of cattle smuggling and hope that the State government would consider it seriously,” JFA president Rupam Barua and secretary Nava Thakuria said in a statement.

The forum also added that Rajib Sarma, who is on the interim bail, should receive necessary supports from the management and colleagues of DY365 for his impending legal battles.