The construction work of the much-awaited Rupshi Airport in Lower Assam’s Dhubri district has been completed in a record period of 14 months.

The Airport Authority of India (AAI) Engineers Guild recently conferred the ‘Sir Visvesvaraya Award’ on Rupshi Airport for Excellent Services in Engineering during a programme in New Delhi.

Bhuwneshwar Pandey, deputy general manager (Engineering) of AAI, who is the project in-charge of Rupshi Airport, told Northeast Now, “The World War II era Rupshi Airport has been newly built and redeveloped in record time with all mandatory safety standards in place for operating an airport.”

The AAI authorities as well as the locals are now waiting for the government’s green signal to launch flight operations from Rupshi Airport.

“It became possible only due to the joint efforts of all AAI engineers’ team involved in the Rupshi Airport project including Balamurgan, Mahboob Ahmed and several other members of the Rupshi team,” said Pandey.

The team worked under the “proper guidance of regional executive director Sanjiv Jindal” with support from the local people and the administration, added Pandey.

The Rupshi Airport, built during the World War II, is spread over 447 acres having a 6,000-feet runway, which can handle any type of aircraft.

Though the airport falls under the revenue circle of Dhubri district, the area was carved out and became a part of the Bodoland Territorial Areas District (BTAD) a few years ago.

The Bodoland Territorial Council (BTC), which governs the BTAD, recently handed over around 337 acres of land out of 447 acres to the AAI.

On May 24, 2018, the AAI began work on reviving the airport by performing ‘Bhumi Pujan’.

The airport, 23 km from Dhubri town, has been revived under Prime Minister Narendra Modi’s Udan-II scheme which proposes rejuvenation of five airports in Northeast India for flights to be operated under the regional connectivity scheme.

“In the beginning, the flight service would be made operational between Rupshi and Guwahati and thereafter other locations would be included in due course of time,” said officer in-charge of Rupshi Airport Mehboob Islam Ahmed.

The airport’s location and proximity to Bangladesh, Myanmar and China is an additional advantage for the Indian Air Force (IAF) which has no air base in lower Assam. 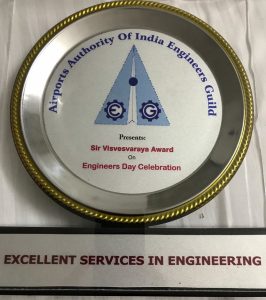 Hence, the AAI has developed the airport for both civil and defence operations.

The airport will be able to cater to the needs of air travellers from four districts of Lower Assam — Dhubri, Kokrajhar, Bongaigaon and Goalpara as well as neighboring states like West Bengal and Meghalaya and also a part of Bhutan.

Travellers have to face a lot of problems as they have to travel for several hours by road from Lower Assam districts to reach either of the airports.

Earlier on July 12, a high-level team of AAI led by Sanjiv Jindal, regional executive director, Northeast region visited the airport and had directed the constriction companies to complete all the pending works within September 17.

East India Construction Company, Creative Prefed, Northeast Electronics, Manish Electronics and Genon Dankerel are the main companies which have been engaged for the construction and redevelopment work of Rupshi Airport with an estimated cost of over Rs 70 crore.