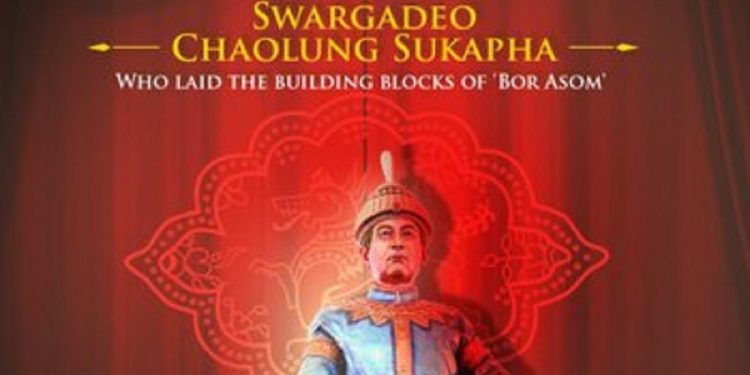 Assam is celebrating Asom Divas on Monday in remembrance the glorious contributions of Swargadeo Chaolung Sukapha, the architect of greater Assam.

Earlier it was celebrated as Sukapha Divas.

Since 1996, December 2 has been celebrated in Assam the day is celebrated to commemorate the advent of the first king of the Ahom kingdom in Assam after his journey over the Patkai Hills.

Chaolung Sukaphaa (1228–1268), also called Siu-Ka-Pha, the first Ahom king in medieval Assam, was the founder of the Ahom kingdom.

A Tai prince originally from Mong Mao, the kingdom he established in 1228 existed for nearly 600 years.

Sukapha in the process unified the various indigenous ethnic groups of the region that left a deep impact on the region.

In reverence to his position in Assam’s history the honorific Chaolung is generally associated with his name.

According to Ahom tradition, Sukaphaa was a descendant of the god Khunlung, who had come down from the heavens and had ruled Mong-Ri-Mong-Ram.

Assam Government has linedup several programmes to celebrate the day.

Earlier, Pragya Assam, a state-level quiz competition was organized by MyGov Assam in association with Directorate of Cultural Affairs at Banikanta Kakati Auditorium in Srimanta Sankardev Kalakshetra in Guwahati on Saturday.

The prize money quiz was held as part of the Asom Divas celebration throughout the State on Monday.

The winners also received appreciation certificates signed by Assam chief minister of Sarbananda Sonowal and a bundle of books.