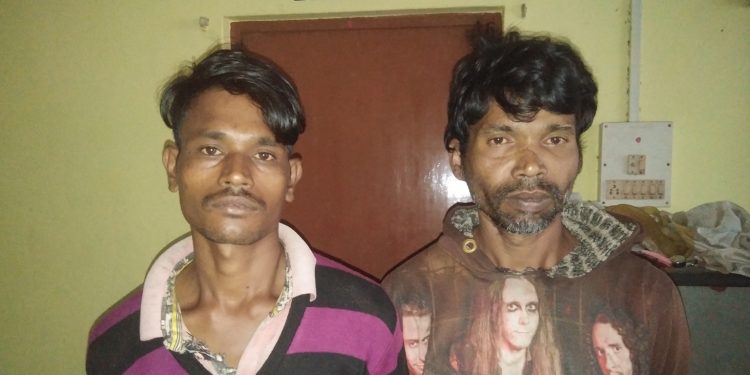 Pengaree police on Wednesday arrested two persons involved in the murder of a 15-year-old youth near Khatangpani Tea garden in Tinsukia on Saturday evening.

Deputy Superintendent of Police Samarjyoti Bhuyan, who led the search operation, said, “Today we arrested two persons involved in the murder of a teenager on Saturday.”

The arrested persons are identified as Biral Urang (40) and Dharam Singh Urang (35) – both residents of Khatangpani tea garden area.

The third accused, who committed suicide, has been identified as Jagat Gogoi (40).

Revealing details, Dharam Singh Urang said the teenager was killed after there arouse a salary-related argument among them.

The deceased, who was enjoying Karam Puja, was first hit by one of the accused and made unconscious and then stabbed to death.

“We are yet to ascertain the reasons as to why Jagat Gogoi committed suicide,” police added.

Pengaree unit of the Assam Tea Tribe Students’ Association (ATTSA) has thanked the police for solving the murder.

“We are happy that the culprits are behind bars. We thank the police for solving the case at the earliest,” said an ATTSA member.

The duo has been booked under section 302 of the IPC.