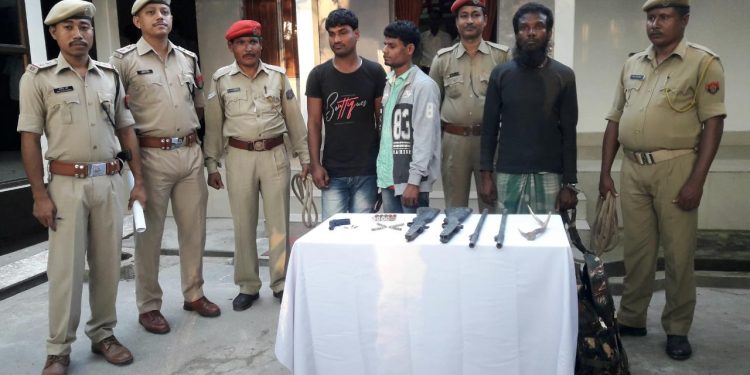 Darrang Police on Wednesday apprehended three poachers along with arms and ammunition in two separate incidents.

This was a significant breakthrough of their anti poaching operations surrounding the Orang National Park and Tiger Reserve.

In the other incident of the day an operational police team led by the officer in charge of Silbori police outpost sub inspector Niraj Alam Choudhury apprehended two poachers namely Jalaluddin of Harmoti and Nur Islam of Lamding under Hojai district while recovered a pistol besides four rounds of live cartridges.