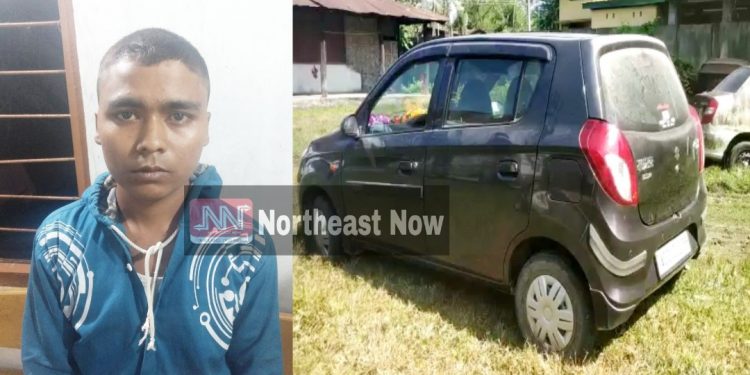 One arrested in gangrape case in Tihu

One more accused was arrested last night in connection with the horrific gang rape of a woman in a moving car at Tihu in Nalbari district of Assam.

The accused has been identified as Kishor Mohan Das. He was arrested by Nalbari police from the Masalpur area of Baska district.

According to the information received, “The incident took place on Wednesday, 24 October while the victim was on her way to the market in Nathkuchi village under Tihu area and the three men stopped their Maruti Suzuki Alto car bearing registration number AS-01-DG-3056 and the miscreants known to victim offered to drop her but instead of dropping her home she was raped in a moving car for hours.

After committing the crime the miscreants dumped the victim near the Karkabari forest area. The victim was rescued by locals who reported the incident to the nearby police and then after returning home the victim told her family members about the incident.

Later the family members of the victim filed a complaint in this regard with the Tihu police.

Meanwhile the police started the investigation and arrested two accused named Nurul Ali (25) and Bakkul Nath (25) on the same day.

On Friday night police arrested one Kishor Mohan Das. However the two other accused namely Rupadhan Ali, Merajul Haq is still absconding from the police.

Police sources said, “We have received inputs on Wednesday that a women has been raped by five miscreants inside a muruti Suzuki Alto car. After that we immediately moved to the spot and we managed to nab two culprits namely Nurul Ali  and Bakkul Nath and today Kishor mohon das was arrested from the Baska district.

According to the victim statement said five culprits were there. At first there were three and the other two perpetrators boarded the car later.

The incident has sparked a sensation in the region.

Meanwhile AASU has demanded a proper investigation and strong punishment to the culprits.