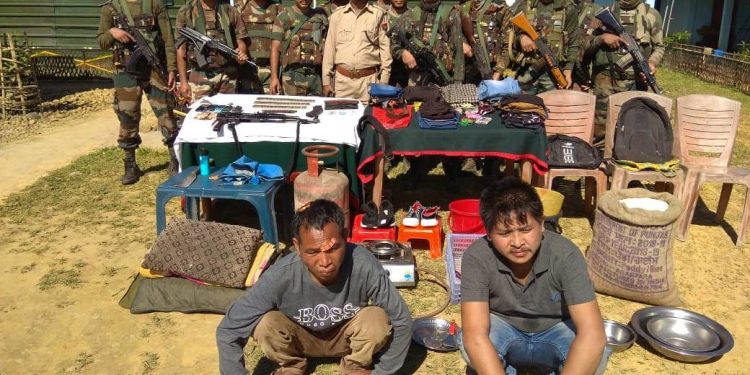 The Assam Rifles and police in a joint operation on Saturday busted a makeshift militants’ hideout and nabbed two rebels Ramgaizang under Jirighat police station in Assam’s Cachar district.

Acting on a tip off a team of Assam rifles and police carried out an operation in the area and busted the makeshift camp and nabbed an NSCN (R) rebel and a Zeliangrong United Front (ZUF) militant.

The militants used the camp to carry out subversive activities in Zeliangrong area in Cachar district.

One AK-56 rifle, a huge cache of ammunition, extortion slip book, mobile phones and various household items were recovered from the camp.

Police said both the rebels were involved in extortion, kidnapping and other criminal activities in Zeliangrong area for quite some time.

Police said two other cadres managed to flee from the camp.