Assam NRC: Infiltrators will be thrown out, says BJP leader 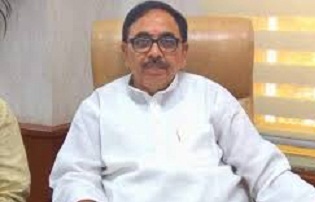 BJP leader Mahendra Nath Pandey on Sunday made it clear that the Government will grant citizenship to those who came to India as refugees “be he a Hindu, Christian, Muslim or a Buddhist”. Speaking at a press conference in New Delhi after the State executive committee meeting in Assam, the BJP leader said, “…But we will throw out the infiltrators. We care about Indians. We don’t care about infiltrators.”

A report appearing in India.com stated that earlier, Prime Minister Narendra Modi, had assured that “no citizen of India will have to leave the country. As per the due process, all possible opportunities will be given to get their concerns addressed.” He had also attacked Mamata Banerjee for alleging discrimination against the Biharis and Bengalis and warning of “civil war” following the publication of final draft National Register of Citizens (NRC) in Assam.

This came a day after West Bengal’s ruling Trinamool Congress workers organised rallies and wore black badges as they raised their pitch against the publication of the complete draft of the National Register of Citizens (NRC) in Assam. The rallies were held in all the districts except Kolkata, which the Trinamool left out of the list displaying political courtesy as BJP chief Amit Shah held a rally.

The report further stated that the Trinamool workers held posters and banners, attacking the BJP and the publication of the NRC, from where 40 lakh names were left out last month. Senior Trinamool leaders, ministers and other functionaries took part in the rallies. Following Amit Shah’s rally, the Trinamool alleged that he insulted the State and demanded an apology within 72 hours else “he would be liable for a legal action”.

“Amit Shah has insulted, disrespected Bengal today. He does not understand Bengal and its people. He has no knowledge of its tradition and culture. We are a healthy culture and he has insulted our culture too. All that he said was blatant lies. He must apologise within 72 hours. We are giving him time till Sunday, else we will take legal action against him,” Derek O’Brien said.

Earlier, Amit Shah had said at the rally in Kolkata, “Ever since the Trinamool Congress Government came to power in Bengal — seven years ago, there has been a series of corruption (cases) starting from the Narada scandal, Saradha and Rose Valley Ponzi scams … syndicates and the unlawful activities of cattle mafias and coal mafias…it is necessary to bring the Narendra Modi-led BJP in power here. It is not just a question of ‘Paribartan’ (change) this time. I ask all of you to uproot this Trinamool Congress Government and throw it away.”