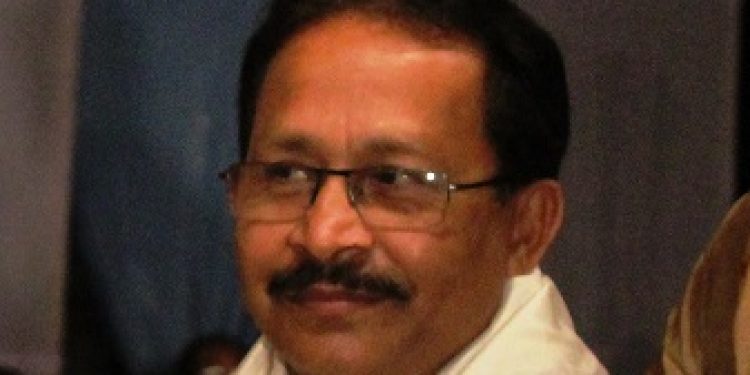 The Lakhimpur district of Assam will have a date with glory on Tuesday as Uddhab Bharali, the man of more than 150 incredible innovations and designs is going to receive this year’s Padmashree Award.

As the innovation wizard from the district has already landed in the national capital to receive the honour from President Ram Nath Kovind, there is joy and merriment in his hometown North Lakhimpur.

Bharali has become the first person from Lakhimpur district to get a Padmashree, the fourth highest civilian honour of the country – which makes the day even more historic for the people here to rejoice.

A recipient of number of national and international awards including the President’s National Grassroots Innovation Award in 2009 and NASA tech brief Create the Future Design contest – 2013, Padmashree is the latest feather in his cap.

The mechanical engineer who started his journey of innovating devices in 1988 while redesigning a polythene making machine worth Rs 5.07 lakhs for Rs 67,000 to bailout his debt-ridden family – the success has been extraordinary.

Using centrifugal force, hammer within a spinning cylinder, Bharali’s innovation is a low cost machine that could de-seed pomegranates.

The machine could de-seed 55 kilos of pomegranates in an hour.

His gadgets are targeted at rural low-income households.

In 2006, Uddhab’s design for a desktop pomegranate de-seeding machine was recognized as the first of its kind across the world. This invention led to his nomination for NASA’s Technology Award.

Another breakthrough was the mini CTC tea plant, which aims to help small time tea-plucking workers and farmers. It has gained him a nomination for the World Technology Award 2012.

Tea-plucking workers, who earlier received Rs nine per kg for the tea crop, are now getting up to Rs 20 per kg through this plant.

Udhdhab Bharali also holds training programmes for illiterate students. He also runs an orphanage and old age home in North Lakhimpur and has plans to absorb the orphans into his training cell and make them self-sufficient.

The Padmashree awardee also hopes that the old people at his shelter would act as guardians for the orphanages and would have them companions in their prime of life.