Modi promised that the illegal Bangladeshis would be deported from Assam from May 16, 2014 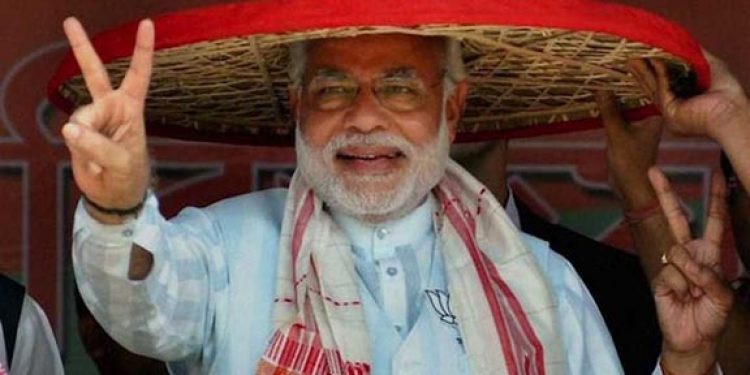 As the BJP is going to people seeking a fresh mandate in the forthcoming Lok Sabha polls, some of the major promises made by majority of the BJP leaders including Prime Minister Narendra Modi still remained unfulfilled in Northeast India.

Most of the senior saffron party leaders who had campaigned before the 2014 Lok Sabha polls in Assam assured to check the problem of illegal immigration from neighbouring countries.

Prime Minister Modi not only assured to check the illegal influx from the other side of the border but also promised that the illegal Bangladeshis would be deported from Assam from May 16, 2014, a date when the results of 2014 Lok Sabha polls were announced.

The police in Assam and Tripura have in the last few months detained several Rohingyas either trying to enter Indian territory through Bangladesh or while fleeing from other north Indian states like Jammu & Kashmir and trying to enter Bangladesh through the Indo-Bangladesh borders in the Northeast of the country.

Even on Sunday night, police in Assam’s Cachar district arrested eight suspected Rohingyas, including six females and two males, from a location in the district.

The eight suspected Rohingyas were staying in a rented house in Sonabarighat area of Cachar district.

The government, particularly the assurance of Prime Minister Modi that the illegal Bangladeshis in Assam will have to leave by May 16, 2014 also got restricted to mere publication of a draft National Register of Citizens (NRC), which excluded names of a little over 40 lakh people across the state.

Although the government is all set to publish the final NRC on July 31, 2019, yet the state has already missed the deadline of May 16, 2014 which was set by Prime Minister Modi ahead of the 2014 Lok Sabha polls.

It may be mentioned here that the BJP manifesto published in 2014 also categorically stated that the government will ‘Review and improve the border management. Punitive measures will be introduced to check illegal immigration in Northeast.

Although the BJP has also assured to generate jobs for the youths of the state, nothing much was done in Assam even after a BJP government came to power in Assam in 2016 and a global investment summit was organised spending huge crores of money to lure foreign investment in Assam.

A study conducted by the North Eastern Development Finance Corporation Limited (NEDFi) for the Assam State Rural Livelihood Mission (ASRLM) in 2017 said that the state will require over 1.75 lakh jobs every year till 2020.