A view of the cremation. Image credit - Northeast Now

The last rites of martyred Indian Army havildar Haradhan Chandra Roy were performed at his village in Dhubri on Monday morning with full military honours.

The braveheart was cremated at his native village in Futukibari Medhipara under Bilasipara sub-division of Dhubri district.

Roy’s last rites were performed on the bank of river Gauranga.

He is survived by his parents, wife and a two-year-old son.

The funeral pyre of the martyred Indian Army havildar was lit by his wife along with their son in the presence of hundreds of people including villagers, police, Army personnel, district officials and others.

The people chanted ‘Bharat Mata Ki Jai’ and ‘Vande Mataram’ and “Pakistan Murdabaad” during the funeral procession and bid a tearful adieu to the martyred Army havildar.

Roy, who served as a havildar in the army, achieved martyrdom on Friday last along with 3 other jawans during Pakistani firing in Jammu and Kashmir. 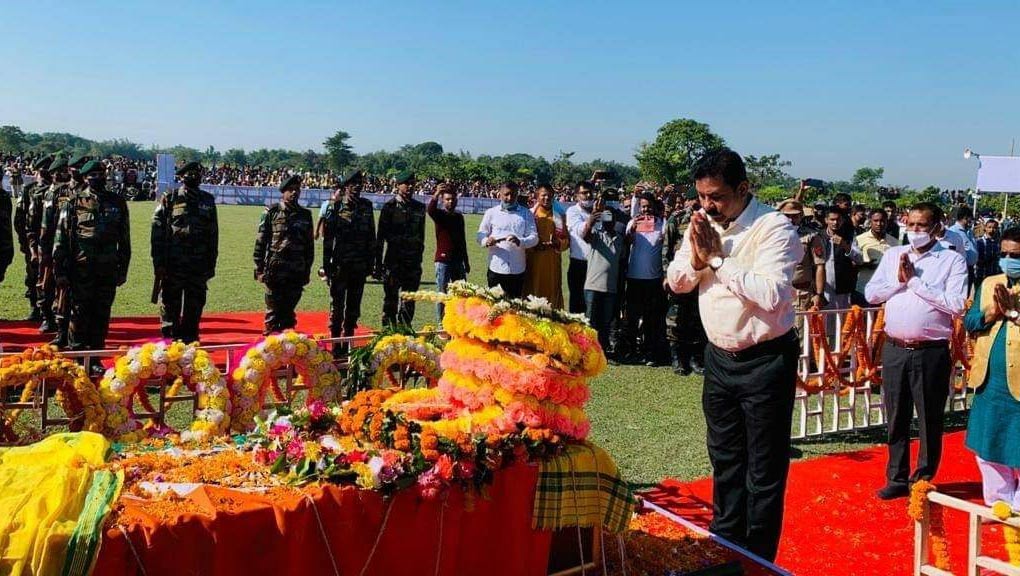 Earlier, Assam chief minister Sarbananda Sonowal, senior Army and police officials paid floral tributes to Roy at 151 Army Base Hospital at Basistha after his mortal remains were brought to Guwahati in a flight on Sunday evening.

From the Base Hospital, Roy’s mortal remains were taken to his home in an ambulance at night.