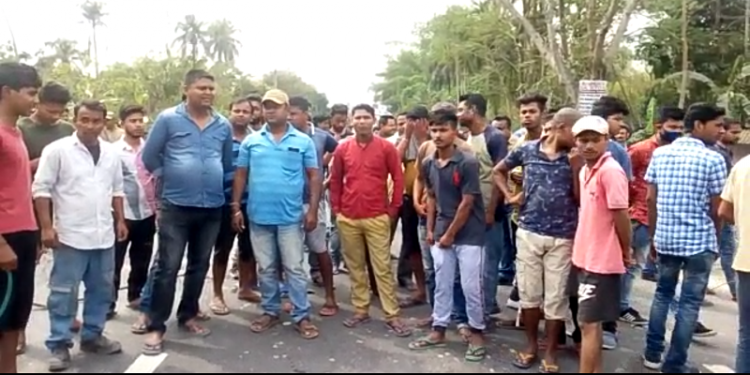 angry people blocked the NH 15 at Bardubia area to protest the incident.

One person died on the spot and a girl was seriously injured when a fire brigade vehicle knocked down a motor cycle borne man after it hit a girl on outskirts of Tezpur on Saturday.

She has been rushed to Tezpur Medical College Hospital in a critical condition, police said.

Following the incident, angry people blocked the NH 15 at Bardubia area to protest the incident.

Later police team rushed to spot and brought the situation under control.