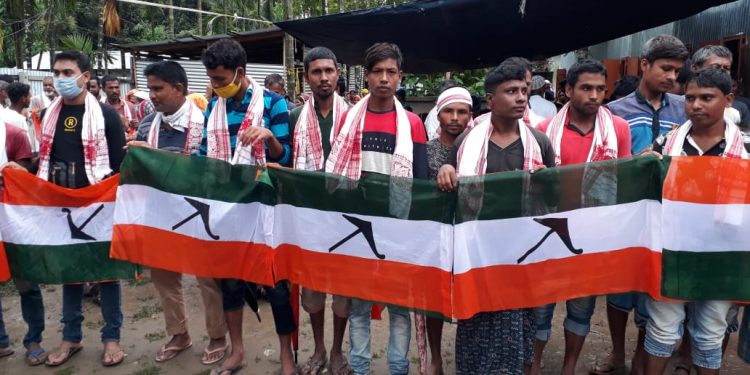 Though the election of BTC has been postponed indefinitely, various political parties are engaged in campaigning in Assam’s BTC area.

Although all the parties seem to boost their grassroots base, the practice of defection is also becoming a worry for the political parties.

The UPPL on Thursday has got major setback as 500 odd activists formally joined BPF at Ahemedpur village of Bhaoraguri in Kachugaon constituency.

The ceremony was held in the presence of senior BPF leader Maheswar Basumatary.

It is said to be the unbreakable wall of UPPL where the former ruling party BPF dramatically changed the entire political scenario.

Addressed the media Basumatary said, “Pramad Boro and his company has been diverting and manipulating the issues among the common people and his so called canon of development will not work.”

He told that the minority people will not favour the UPPL as Boro has delivered some obnoxious and derogatory remarks on them in various times.

Each of the newly joined workers has been welcomed by one gamosa and party flag by BPF in the meeting.

Under the presidentship of Azizul Haque, president of Bhaoraguri primary BPF, the block president of Kachugaon Ajoy Sarkar, the vice president of RMC and also central executive of BPF Fazar Ali and other party workers were present in the meeting.