After the formation of Bodoland Territorial Area District (BTAD) in Assam, conflict over land has became an enduring and seems to be an unresolved issue in the said territory that administered under the provision of Sixth Schedule of the Indian Constitution.

As a result of this formation, the claim to an exclusive homeland for an indigenous community became a reality, which again endorses a kind of self assertion of exclusive land rights and control over land.

Such assertion is the root for which we have witnessed many incidents in the recent times where a number of communities have been experiencing systematic discrimination in acquiring land rights in their native homeland.

Such exclusiveness is emanating from two specific legal provisions. The first one is from the chapter X of the Assam Land and Revenue Regulation Act, 1886 which provides the constitution of tribal Belt and Blocks and declares certain classes of people as protected classes within the jurisdiction of Belts and Blocks. 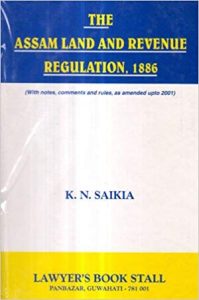 For protecting land alienation in the tribal belt and block the said act laid down numbers of special procedures for settlement of government land in the protected belts and blocks.

The second legal instrument is the Constitutional Amendment Act 2003(44 0f 2003) by which the provisions of sixth schedule of the Constitution is applicable to BTAD areas.

But the proviso of this section specially has mentioned that nothing in such laws shall – (a) extinguish or modify the existing rights and privileges of any citizen in respect of his land at the date of commencement of this Act; and (b) disallow any citizen from acquiring land either by way of inheritance, allotment, settlement or by any other way of transfer if such citizen is otherwise eligible for such acquisition of land within the Bodoland Territorial Areas District.

The said provision has implicitly clarified the respective land rights of those people who have been residing in the present BTAD areas decades after decades and such rights of the indigenous non-tribal people cannot be negated by introducing new laws and policies.

(2) All laws made under paragraph 3 or under this paragraph shall in so far as they relate to matters specified in List III  of the Seventh Schedule, be submitted forthwith to the Governor who shall reserve the same for the consideration of the President.

(3) When a law is reserved for the consideration of the President, the President shall declare either that he assents to the said law or that he withholds assent there from.

It means that if an Indian citizen fulfills the criteria as required of as per the provisions of the respective Chapter X of the Assam Land and Revenue Regulation 1886 and Sixth Schedule of the Indian Constitution, such eligible Indian citizen can acquire of land by means of inheritance, allotment, settlement or transfer etc and the same cannot be rescinded.

But unfortunately, the present BTC administration is yet to have a crystal clear and definite land laws for administering the land that comes under their jurisdiction.

As the respected authority has not yet enacted any land laws or rules under the constitutional provision mentioned in the Sixth Schedule, i e 3-B, the council has been administering the land under the provision of Chapter X of the Assam Land and Revenue Regulation 1886 which again exclusively safeguarding the lands of the protected classes and restricts land alienation to the non-protected classes within BTAD.

However, certain recent acts and policies enacted by the BTC administration has created doubts and uncertainty among the non-tribal indigenous population of BTAD as a result of which the decadal socio-political conflicts in-between Bodos and non-Bodos are intensifying.

As the above mentioned decision tried to curtail the existing land rights of the protected classes of the BTC areas and lowering down the socio-political status of the indigenous non-tribal, it had developed a kind of anxiety and deprivation among them.

Later on when the question was raised about the specific land laws enacted by the council that superseded the state act, the chief of the council clarified that it has not brought any new rule and emphasized on the fact that no non tribal or general people could buy land in protected tribal belt and block not only in BTC but in entire Assam.

Such ambiguity in policy making and rules in respect of land administration has already been created an uncertainty of land settlement in BTAD, particularly among the people who does not belong to Bodo community.

Many has filed application for transferring their annual lease (Eksonia patta) land to periodic land (Myadi patta) as well as getting settlement in the governments land.

But the BTC administration has not given any importance to such issues and instead of that selectively giving settlement, allotment and all kind of alienation priorities to the people belonging to the Bodo community. For amicably settling the land issues in BTAD, a political will is very much needed to come out with transparent and non-discriminatory acts and policies.