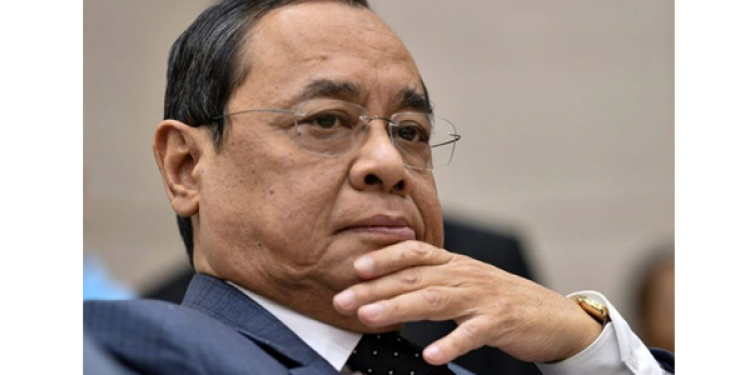 The imposter claiming to be CJI Ranjan Gogoi asked to recommend the names of some advocates for elevation as judges of the high courts.

The impersonation was convincing enough for the two judges to believe they were speaking to CJI Gogoi.

A probe revealed the calls to the two judges originated from the Supreme Court’s electronic private branch exchange (EPBX) system but had actually been made from a mobile phone.

The incident came to light during routine conversations between Justice Gogoi and the two high court judges.

The Supreme Court’s secretary-general, Sanjeev Kalgaonkar, the top court’s highest administrative officer after the CJI, has ordered a probe.

Sources in Tilaknagar police station, where the Supreme Court registry has lodged a complaint, said some headway had been made.

The imposter, whose identity is yet to be established, had managed to hack the Supreme Court’s EPBX system.

The caller’s attempt to pull a fast one comes at a time the country’s highest court has sacked two court masters on suspicion that they tampered with a judicial order that required the personal appearance of industrialist Anil Ambani in a contempt case.

The sources told that the impostor had last week called up Justice Swamy in Bangalore, claiming to be HK Juneja, the personal private secretary to Justice Gogoi.

He claimed that he was acting on behalf of the CJI who wanted the names of certain advocates in Karnataka High Court to be recommended for elevation as judges in the high court.

The caller requested that the recommended names be sent to Justice Gogoi’s office for further approval.

The imposter called Justice Swamy again after two days, introduced himself as Juneja and this time said CJI Gogoi wanted to speak to him on the recommendations.

The caller or someone else then imitated Justice Gogoi’s voice and spoke to Justice Swamy, iterating the request for elevating the advocates.

The impersonator repeated the same process with the chief justice of Telangana High Court, the sources said.

When Justice Gogoi learnt of the impersonation during routine conversations with the two high court chief justices, he ordered an internal inquiry.

The CJI had convened a high-level meeting of the Supreme Court’s officials, including those in the top court’s telecommunication wing, to discuss if a call from a mobile could be routed through the court’s EPBX system.

It was confirmed at the meeting that a software could enable a person to make calls from a mobile using any EPBX system.

CJI Gogoi has issued an advisory to chief justices of high courts and other judges not to entertain any calls either in his name or his office.