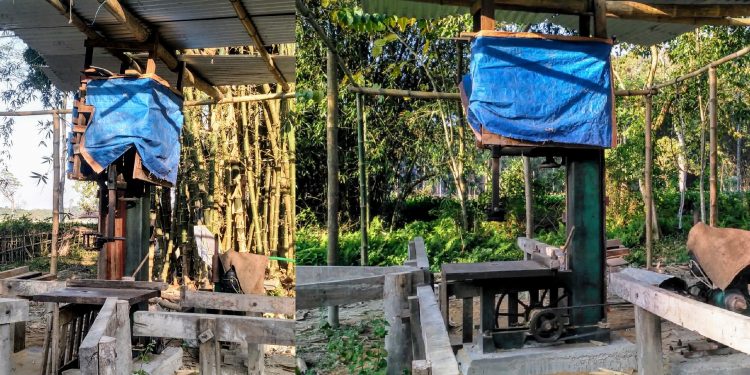 Police on Saturday seized a huge quantity of illegal timber from Bokakhat in Assam’s Golaghat district.

The seizure was made during an operation launched by Bokakhat Police at Gormur Bortika area of the region.

The police team also sealed an illegal timber cutting mill in the area.

Police also said apart from their residences, Mohan Das has also concealed huge quantity of timber at the adjoining areas of his residence.

The illegal mill was also set up at the backyard of Das’ residence.

Notably, Das is the secretary of village defence party.

Police also said the mill was established by one Dron Kalita.

Though Kalita had pleaded that he had applied for licence to set up the mill, Director of Kaziranga National Park, P Shivkumar no such application is accepted by the authorities.

He further instructed forest officials to seize the mill.

Later police handed over the seized timber and mill to the officials of east Assam wildlife division.