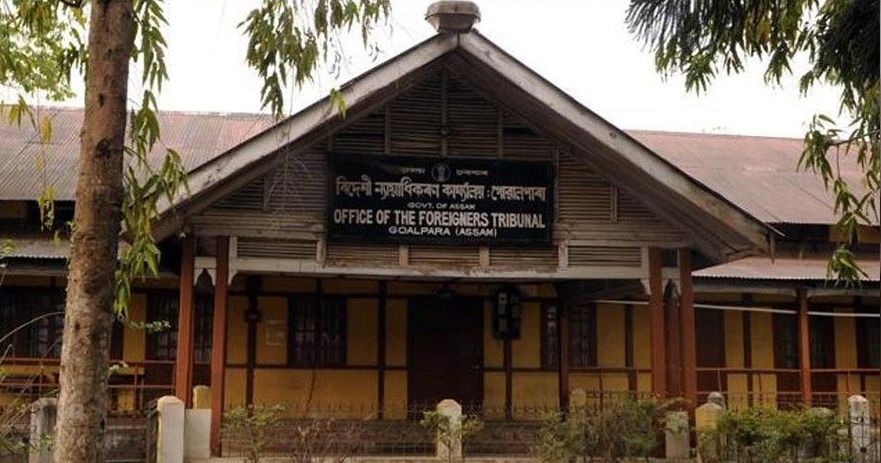 This project is being sponsored by the Central Government at a cost of Rs 99 crore.

It would identify those through the National Register of Citizens (NRC).

It is learnt that in response to a State Government proposal, the Centre has approved a Rs 99 crore e-FT scheme to introduce a ‘bio-metric-based real-time’ tracking system for suspected illegal immigrants identified though the NRC.

The e-FT works have started across the State.

The Home Department in association with district magistrates, district police heads, all foreigners’ tribunals and the border wing department would jointly accomplish the task.

As many as 100 foreigners’ tribunals are currently functioning in Assam and process is on to constitute 200 more such quasi-judicial single-member bodies.

A union Home Ministry report has said that it has recently given ‘in-principle’ approval for setting up of 1,000 additional foreigners’ tribunals in Assam to settle the disputes, if any, of the NRC recognized ‘immigrants’.

The digital tracking system would ensure that the illegal immigrants are not able to avail any kind of government identity documents, including the electors photo identity card (EPIC), passports, driving license, Aadhaar card, PAN card and ration card.

The digital innovative platform consists of a bio-metric-based common database as well as digitization and automation of all records and processes pertaining to suspected illegal immigrants.

The Supreme Court-approved standard operating procedure (SOP) for the claims-and-objections exercise of the NRC last year directed collection of bio-metric data of those who were excluded from the NRC list and have filed claims and also of those against whom objections have been filed.

The e-FT application is being developed using the existing network of the Crime and Criminal Tracking Network and Systems (CCTNS), a nationwide tracking system of crime investigation and detection of criminals, connecting all police stations across the country.