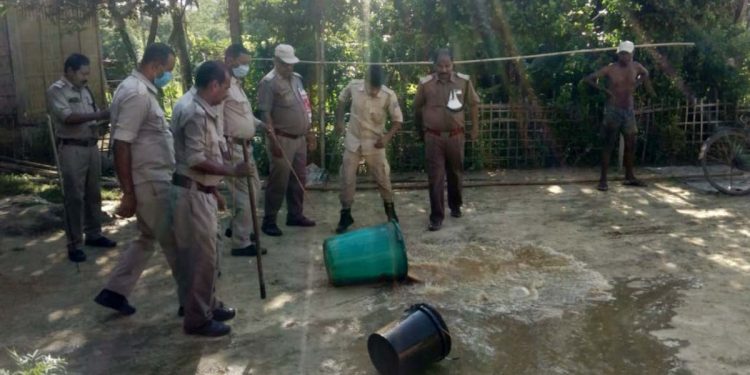 Officials of the Excise Department carried out a drive against illicit liquor at Malowpathar, Bogoriguri and Terimeri areas in Jorhat district on Tuesday.

The drive was led by excise official Nawab Imtiaz Ali and the team destroyed over 450 litres of raw materials, 10 litres of illicit liquor and two apparatus used to produce liquor were seized by the team.