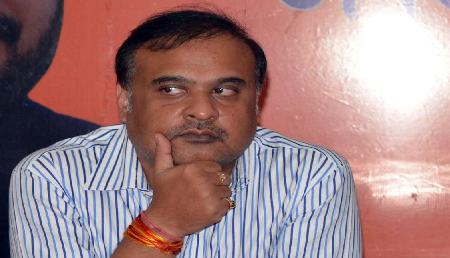 Assam finance minister Himanta Biswa Sarma on Thursday said that the number of Bengali Hindus of the State that have been excluded from the final National Register of Citizens (NRC) would soon be disclosed to the public.

While speaking during the ongoing Winter Session of the Assam Legislative Assembly, Sarma said the State Government has a district wise breakup of the number of Bengali Hindus that have been excluded from the NRC which could not be made public earlier.

As per reports, the actual figures of Hindu Bengalis excluded from the NRC are to be revealed by the State Government before the Assembly either on December 4 or 5.

“We have decided to do so during the current assembly session. We didn’t have this date earlier because the NRC was still being updated,” Sarma said.

It may be mentioned that the twin issues of CAB and NRC kept the first day of the winter session of the Assam Legislative Assembly stormy on Thursday with the opposition parties staging a walkout amid the ruckus.

The Congress and All India United Democratic Front (AIUDF) legislators demanded the Speaker Hintendra Nath Goswami to cancel the question hour to discuss on Citizenship (Amendment) Bill and National Register of Citizens.

The Speaker, however, refused to cancel the question hour following which the Congress and AIUDF legislators staged a walkout shouting slogans and displaying placards.

Reiterating the government’s stand on CAB and NRC, Assam finance minister Himanta Biswa Sarma later told media that the CAB is likely to be passed in the Lok Sabha during the ongoing session of the parliament.

He further informed that Assam is also going to be a part of the national NRC, which will be prepared after the CAB.

He also said that the names of a lot of genuine Indian citizens were left out of the NRC.