Speaking on the occasion Governor Prof Mukhi said, “India is moving forward under the visionary leadership of Prime Minister Narendra Modi. He has enunciated Act East Policy which entails increased people to people, trade and other relations with countries of India’s east particularly ASEAN countries. Assam and the North-east are close to ASEAN nations. We have land borders with Myanmar. Many of ASEAN capitals are within 2,000 kilometre flying distance from Guwahati which is comparable to flying distance of Guwahati to many Indian cities.”

Therefore, Assam and other Northeasterns states will have a greater role in the success of India’s Act East Policy, Prof Mukhi added. 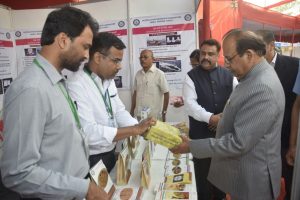 The Governor also said that taking inspiration from the Prime Minister’s Act East Policy the State Government has set up a separate Act East Policy Affairs Department and proposed to make Guwahati as India’s gateway to ASEAN.

Stating that Bangladesh and Bhutan have already set up their consulates in Guwahati, the Governor said that this development would help the city to open itself up towards more opportunities to herald an era of growth in the State.

The Governor said that before 2020 all the regions of the North-east will be well connected with the railways which will lead to development of tourism.

Talking to the participants of the conference, the Governor also stressed to explore on shoe and rubber industry in the State.

The Governor complemented the effort of ASSOCHAM for facilitating and creating an investment corridor to tap the business potential of the State.

He hoped that the event would provide a new platform to local, regional, national investors to connect and collaborate and thus help in the socio-economic development of the people of the entire north-eastern region.