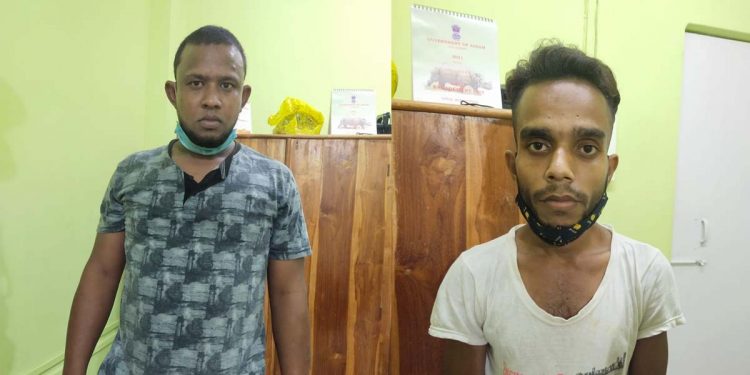 In continuation of its operations against drug peddlers and anti-social activists, the Goalpara Police on Saturday arrested two persons for possessing heroin, Yaba tablets and fake gold bar.

The arrested duo has been identified as Rakibul Islam and Azmir Hussain, residents of village No. 2, Pubergaon in Mankachar under South Salmara Mankachar district.

“On the basis of specific inputs, today at about 11 AM, Goalpara police under the supervision of the headquarter DSP recovered drugs and other items from New Goalpara, Bihufield,” informed Goalpara assistant superintendent of police Mrinal Deka.

Meanwhile, the Goalpara district police in its continued crackdown on bike-lifters has apprehended so far 28 accused and recovered 106 bikes from Goalpara and other neighbouring districts.