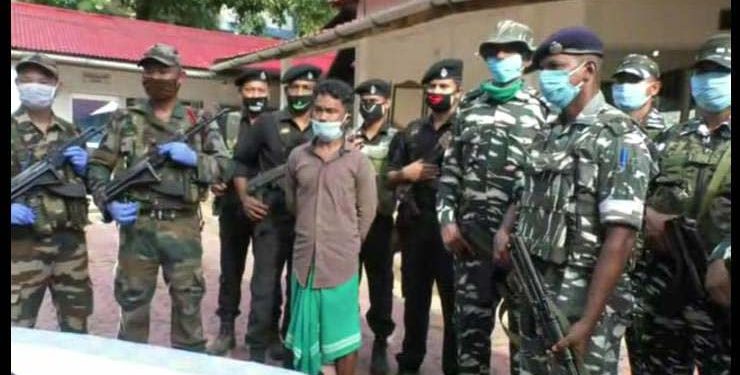 In a joint operation, Sonitpur Police, Army and CRPF personnel on Monday apprehended a ‘most wanted’ former NDFB (S) cadre, who was involved in 2014 Adivasi massacre in Dhekiajuli.

The operation was carried out on the basis of an intelligence input in the wee hours on Monday.

The NDFB(S), which was involved in 2014 Adivasi massacre, has been dissolved after the faction along with other factions of the NDFB came overground and joined the mainstream.

The arrested former rebel has been identified as Somkhor Boro alias Sibo Basumatari alias Sujlan, a resident of Dipanjali under Rangapara police station in Sonitpur district.

This was informed by Sonitpur additional superintendent of police Numal Mahata at Tezpur on Monday evening.

The top police official of Sonitpur district said Somkhor Boro was wanted by the National Investigation Agency (NIA) for his involvement in 2014 Adivasi carnage.

In the massacre, more than 76 Adivasi people were killed.

He was a former NDFB(S) cadre of 35th batch and underwent training in Myanmar, the police official said.

He was arrested in connection with a case registered in Dhekiajuli police station.

Police said he was also involved in numerous extortion cases and criminal activities in Sonitpur district.

“During search, a grenade and 7.66 mm pistol were also recovered. Further investigation is on,” said police sources.