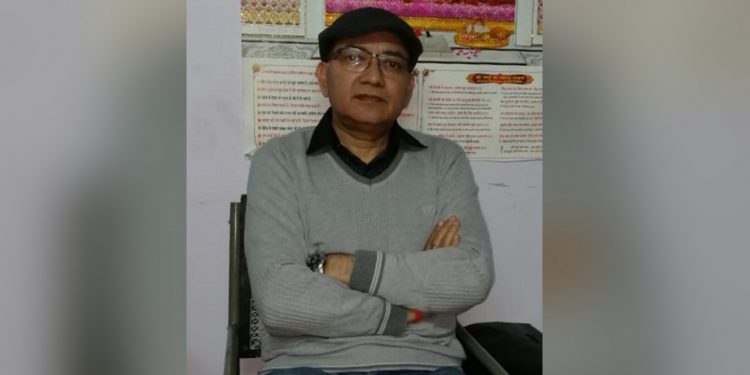 Gautam Baruah, prime accused in Vigilance PS case no. 09/2017, was arrested on Monday from a rented accommodation in New Delhi.

Baruah, who held the position as the officiating chairman of Assam Building and Other Construction Workers Welfare Board (ABOCWWB), was absconding and evading arrest in connection with the said case.

The case was registered on the basis of a complaint lodged by Tapan Sarma, IAS, the then Labour Commissioner-cum-member Secretary of ABOCWWB.

Sarma, in his complaint, informed about the forgery and large scale misappropriation of board funds, by his predecessor Member Secretary and Chairman.

During the investigation it was established that there was a criminal conspiracy by Chohan Doley, IAS, the then ABOCWWB Member Secretary, Gautam Baruah, Nagendra Nath Choudhury, the then  Administrative officer, ABOCWWB and Priyangshu Boiragi, Proprietor of M/S. Purbashree Printing House.

The criminal conspiracy resulted in misappropriation of the funds of more than 121 crores from the fund accumulated through the collection of ABOCWWB cess in the bank account.

Accordingly, the accused Chohan Doley, Nagendra Nath Choudhury, and Priyangshu Boiragi were arrested in 2017 and a charge sheet was filed for their involvement in 2018.

A non-bailable warrant of arrest had also been issued last year against him, by the Special Court at Guwahati.

Process of attachment of his properties had also been initiated to compel his appearance before investigation.

A cash reward of Rs. 1, 00,000 was also announced by the CM’s Special Vigilance Cell, for any information leading to his arrest.

The CMs SVC investigation team had been in close liaison with Delhi police for over one year, in tracking the absconder, after getting inputs regarding his whereabouts in New Delhi, last year.

On getting close, a team of officers had been camping in New Delhi for last 5 days, when the location was tracked to the North East Guesthouse,  in Krishna Nagar area of Safdarjung enclave.

Accordingly, the surveillance teams were launched with the assistance of Delhi Police Crime Branch and the accused was identified and detained and brought to the local police station of Crime Branch PS at Daryaganj, where he was arrested by the Investigating officer of the case.

The arrested accused shall be produced before the local court in New Delhi on Tuesday, for seeking permission to bring him to Guwahati.