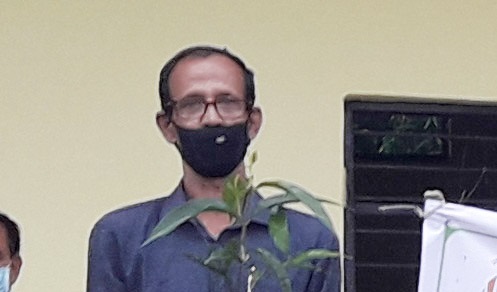 The team from Vigilance & Anti-corruption Bureau caught the ranger red-handed along National Highway-15 at Kanibeel near Dhemaji town, while he was taking the bribe of cash Rs 60,000 from the traders.

It is said that the bribe was taken against releasing a truck-full of illegal timber seized by the foresters at Jonai under Dhemaji Forest Division (Territorial) during February this year.

According to information, officials received a complaint from Jonai timber trader Sandeep Das on June 10. He alleged that the Forest Ranger has demanded him Rs 60,000 for releasing the truck-full seized illicit timber. Later, the trader made a plan to cage the ranger and paid the ransom in presence of the vigilance officer.

Sandeep Das, who is a controversial timber trader, admitted before the media that he earlier paid Rs 1.65 lakh to Ranger Islam, who contemplated him to carry some timber business under his official jurisdiction. He also took the name of the Divisional Forest Officer (T) of Dhemaji Sofikul Rohman in the money deal.

The vigilance team also conducted a raid and checking the ranger Islam’s official residence at Jonai today. But, they are yet to disclose their findings.

It may be recalled that a team of Vigilance & Anticorruption last year arrested Dhemaji DFO (T) Mahat Talukdar from his official residence and recovered huge amount of cash collected from local traders as bribes.