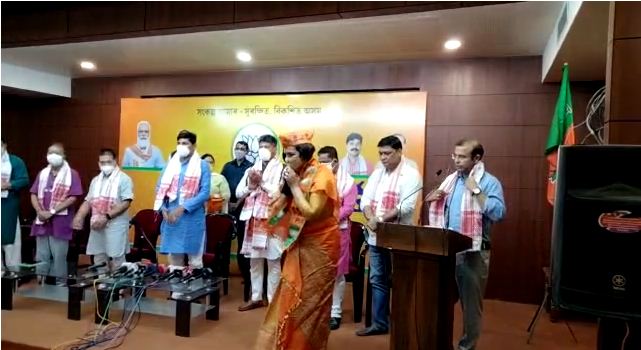 Bordoloi along with 50 members of Congress joined the saffron party at the party’s state headquarters in Guwahati.

Bordoloi, the former president of the Guwahati city district Congress and a former national office-bearer of the Mahila Congress, joined the BJP in the presence of the party’s state committee president, Bhabesh Kalita.

Earlier, she had said slammed the Congress leadership and blamed them for the poor performance in the last Assam Assembly election which was held in March and April.

Bordoloi had said that Congress leader Rahul Gandhi has no acceptability among the masses.

“People do not want Rahul Gandhi as their leader. Congress lost the last election due to his lack of leadership quality,” Sarma said.