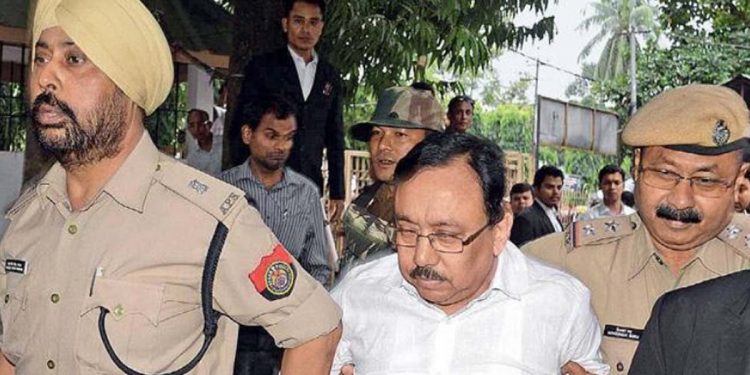 File photo of Rakesh Kumar Paul after his arrest.

The attached assets include two flats at Saktigarh Path and one commercial space at Bhangagarh in Guwahati, officials said.

Movable property in the form of Indian currency notes worth Rs 10 lakh, recovered from his residence, has also been attached.

The primary investigation in the case was initiated by the Enforcement Directorate on the basis of an FIR registered under Prevention of Corruption Act, 1988 by Assam Police to investigate irregularities related to recruitment of candidates in government services in Assam through examinations conducted by the APSC.

The investigation by the Assam Police established that Paul along with other accused in the case hatched criminal conspiracy and manipulated the system of selection of candidates in APSC in lieu of illegal gratification, officials said.

Investigation revealed that prime accused Paul invested the illegitimate money in purchasing various movable and immovable properties in his name and in the name of his family members at different locations in Assam.

During investigation, it also came to light that Paul purchased the properties at much lower prices as shown in the agreement papers and sale deeds as compared to their market value at the relevant points of time.

The investigation established that the values of the property shown in the sale deeds were suppressed by Paul to launder the proceeds of crime.