Two separate cases have been filed by the public and doctors 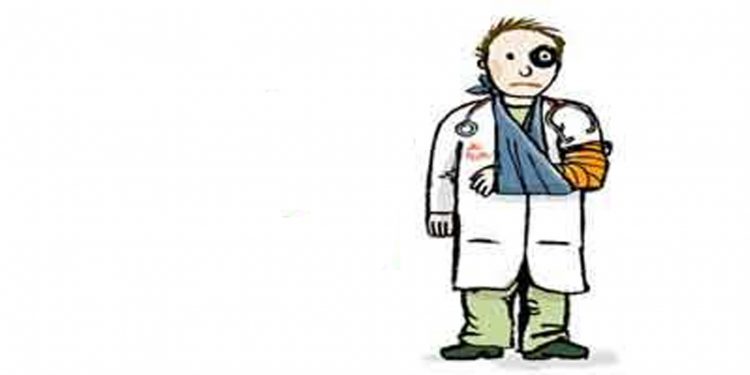 A doctor at Garmur Civil Hospital in Majuli district was assaulted by a patient’s relatives on Tuesday.

This assault comes barely three days after a 72-year-old doctor was lynched by a mob at Teok Tea Estate in Jorhat district.

Two persons identified as Kiran Dutta and Bhakat Das were also arrested for assaulting the doctor.

Majuli superintendent of police Hitesh Ray informed that two separate cases have been filed by the public and doctors and they are investigating the incident.

Police informed that a patient with complications was taken to the hospital.

The doctors and the health staff, however, refused to treat the patient due to the strike called by the Indian Medical Association in protest against the Teok lynching.

“This made the patient’s relatives angry and they tried to assault the doctor and other health staff,” the SP further said.

“The police later reached the hospital and brought the situation under control,” he added.

All Assam Medical Service Association‘s Jorhat district president Bhaktimoy Bhattacharyya said, “We have also filed a case against the relatives of the patient for their misconduct.”

He also demanded that the government must ensure the security of doctors and other health officials.