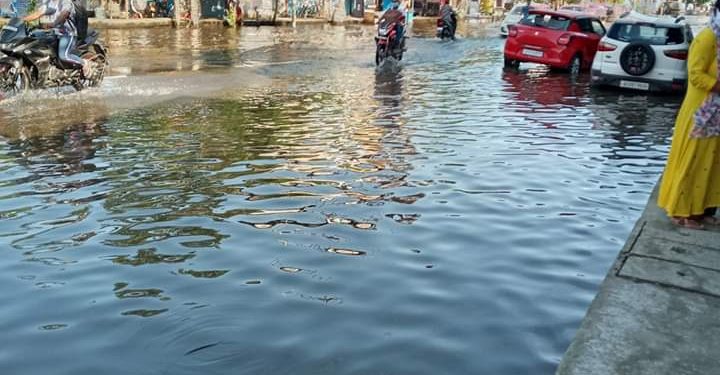 Seven days have gone by but some parts of Dibrugarh town in eastern Assam are still submerged underwater.

The district administration has used high power pumps in order to pump out water from the town.

Due to poor drainage system, every year during monsoon, Dibrugarh town faces the waterlogging problem.

Waterlogging has been a perennial problem in Dibrugarh but the concerned department has failed to solve the vexed issue.

The town protection drain, built in the early 1950s, lost the capacity to flush out rainwater.

In November 2017, the company left the project after it’s parent organization filed for bankruptcy.

The people of the town have faced severe waterlogging every year.

“Every year the town is facing similar problems but the government has failed to solve the problem. Unchecked encroachment and lack of maintenance have affected the functioning of the stormwater drain,” alleged Babul Das, a resident of Dibrugarh.

“It was decided that the entire drain will be covered with box culvert but a section of people has rejected the idea for their vested interest and pleaded for an open drain,” he added.

This year all the 22- wards under Dibrugarh Muncipal Board (DMB) were underwater.

The rainwater has entered almost every other house and people have shifted to other places.