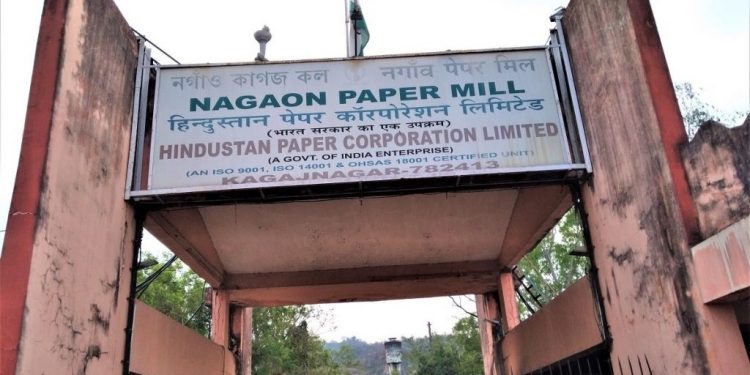 With the death of this employee of HPCL, the death toll in the two paper mills—Nagaon and Panchagream –has reached 90 including 4 suicides.

Chakraborty said that the deceased was suffering from heart disease but failed to arrange money for treatment due to the nonpayment of salary from the last 54 months.

His younger son also died in 2019 of serious illness.

Chakraborty said, “So far 90 employees of the two paper mills of HPC have died since the government stopped their operations. Four employee of the company have committed suicides. This is the 5th death after the Himanta Biswa Sarma-led new government came to power in Assam”.

“A Government of India owned industry has turned to death valley like a Holocaust,” Chakraborty rued.

Over 1,200 employees from the two paper mills are yet to be paid their remaining monetary dues which include pensions, salaries, provident funds and others.

The total dues of the mills’ employees until December of 2019 was over Rs 620 crores.