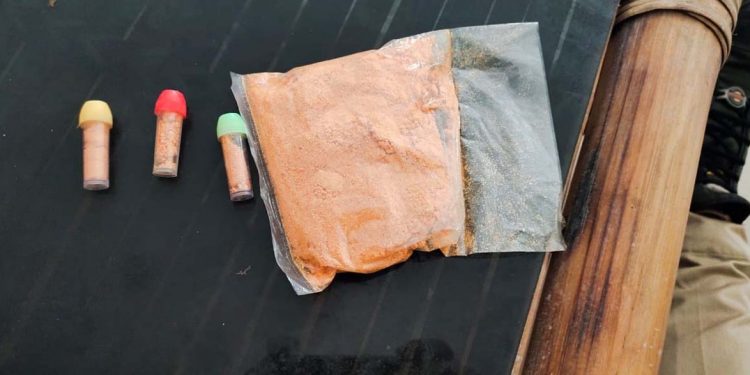 In yet another successful operation against drug traffickers, Darrang Police on Saturday arrested three youths along with a sizeable amount of suspected brown sugar.

The suspected brown sugars were filled in tiny plastic containers and polythene packets.

Confirming the news, the Darrang superintendent of police, Amrit Bhuyan, told Northeast Now that acting on a tip-off, a team of personnel from Sipajhar police station, led by sub-inspector Dantejit Deori, launched an operation on Saturday.

“The team intercepted a car with registration no. AS-01AH-5839 at Dumunichowki under Sipajhar police station and nabbed three youths along with several grams of suspected brown sugar which will cost several thousands of rupees in the smuggling market,” Bhuyan said. 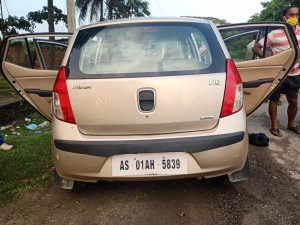 The arrested youths have been identified as 42-year-old Rupak Deka, a resident of Aagdola village; 27-year-old Rahul Ahmed, and 21-year-old Rahul Ali, both from Alipub village under Baihata Chariali police station in Kamrup district.

A case (525 /2020) was registered against the three youths in Sipajhar police station under section 22(b) of the Narcotic Drugs and Psychotropic Substances (NDPS) Act, 1985.

All the three arrested were produced in the court on Saturday and they have been remanded to judicial custody.

On Friday, Darrang Police nabbed three drug peddlers and seized a big consignment of banned cough syrup from their possession.