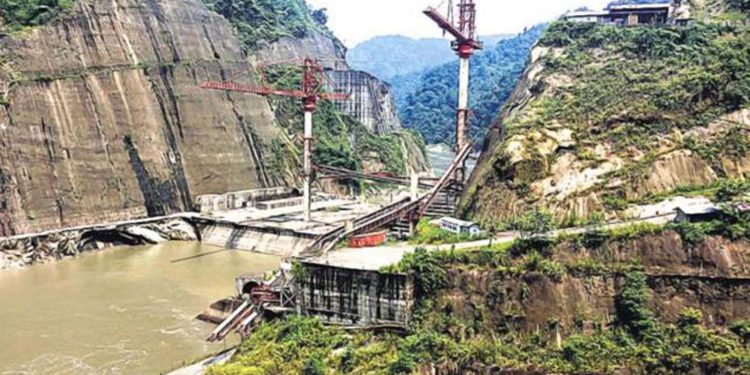 The Contract Basis Workers Union (CBWU), NHPC Ltd said the workers have been rendering services at the LSHEP at Gerukamukh for the last 21 years and their repeated demand for regularisation has been ignored by the NHPC.

In a press release, the president of the CBWU, NHPC Ltd, Premeswar Saikia and Johnny Pegu said 270 people have been working at LSHEP in various positions as non-regular employees.

They have been working as office assistant, electrician, lab technician, computer operator, driver, mechanic, welder, plumber, storekeeper, helper, cook and sweeper at a lower wage since 2000 with no regularisation of their jobs.

They said though the NHPC regularised its contractual staff at the Kurisho dam in Bhutan in 2002 by appointing them, at LSHEP in Gerukamukh, no such initiative has been taken by the PSU.

The workers’ union alleged that the NHPC has been ignoring their concerns despite the fact that it signed a Memorandum of Agreement with the Assam government on September 23, 2019.

The NHPC has deprived the contractual workers of earning various entitlements from the PSU, said the CBWU.

The organization informed that many of their members have died of various diseases as they did not get any benefit from the NHPC.

Meanwhile, the CBWU presented a memorandum to Assam chief minister Himanta Biswa Sarma demanding the state government’s intervention in regularisation of their posts.