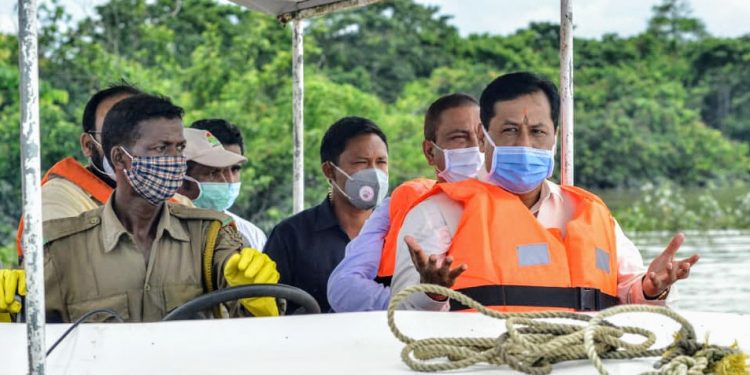 “The flood situation in Assam is very grave this time. At least 28 districts of the state have been affected due to floods. At least 80 people have lost their lives due to flood, erosion and landslides in the state”, Sonowal said during his visit to the national park.

Stressing on the relief measures taken by his administration, the chief minister highlighted that relief camps have been set up for affected people, where enough groceries have been stocked.

“Apart from the flood, the State is also fighting COVID-19. I thank the people of Assam for their courage,” the chief minister said.

As many as 66 animals have died and 170 others have been rescued from the flood-hit Kaziranga national park, an official said on Wednesday.