Assam government has decided to close down government-run Madrassas of the state.

Around 148 of contractual teachers working in the Madrassas are likely to be shifted to schools under general secondary education.

Assam secondary education department deputy secretary S. N Das in a letter to the director of Secondary Education said, “With reference to the above, I am directed to inform you that the Government has decided to close Madrassas.” 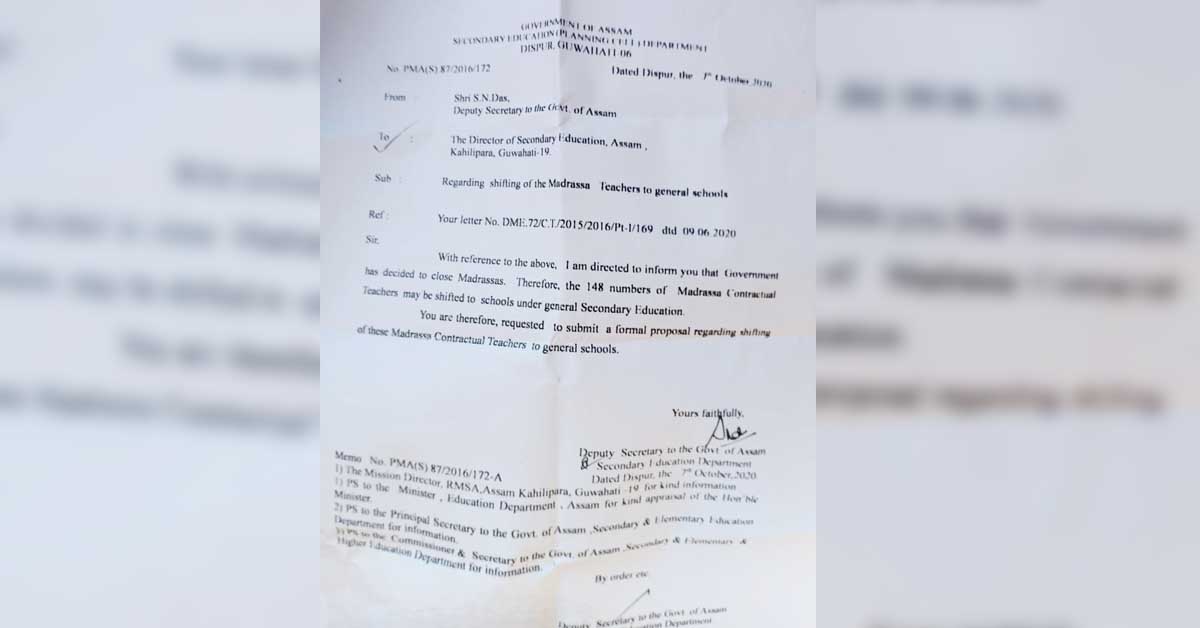 Assam’s education minister Himanta Biswa Sarma on Thursday said that decision in this regard will be taken by November.

The state government next month will come up with two different notifications one each for madrassa and another for Sanskrit Tols.

Earlier Assam government has decided to close down madrassas and Sanskrit Tols under various state boards.