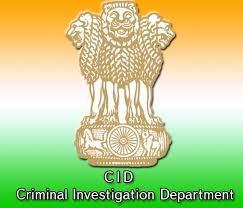 The State Criminal Investigation Department (CID) will hold a camp at Sonapur at PWD’s inspection bungalow from December 15 to 18 next to record public statements on the sensational and gruesome Jugdol murder case of December 12, 2009. The camp will be led by the investigation officer under the supervision of DIG, CID, Raunak Ali Hazarika.

Hazarika said that if any persons or organizations want to get their statements recorded they can contact in the phone number – 9401515607. If any of the persons cannot go physically to the camp, investigators are ready to reach them to record their statements, he further said.

Six persons of a single family — Harakanta Doley, his wife Swapna Doley, their three children and his nephew — were beheaded, on that fateful night.

Ever since the murder took place in December 2009 in Jugdol area under Sonapur Police Station, speculations were rife that the murder was being orchestrated to take possession of the land the family was occupying, only to build a luxury hotel there. The names of former Congress Minister Akon Bora and his son also surfaced from time to time, although Bora had denied his involvement and instead termed it as a political conspiracy.

“The records in the Sonapur Police Station were also scrutinized,” official sources said, adding, “The witnesses of the case will be re-examined in a phased manner”.

Sources further confided that there could be more than one motive behind the gruesome mass murder.