Resignation of three AGP ministers and the regional party’s decision to fight Panchayat polls alone increased the differences between the two parties: Himanta 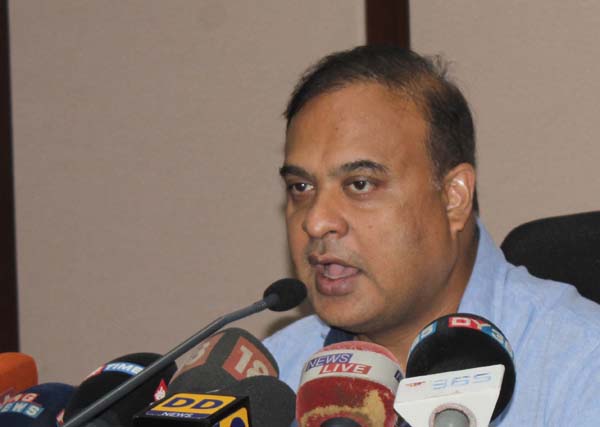 The BJP central leadership will take a decision on whether or not to have an alliance with the Asom Gana Parishad (AGP) ahead of the forthcoming Lok Sabha polls.

“Meghalaya chief minister Conrad Sangma has met me recently and proposed to rethink on alliance with the AGP. However, only our party’s central and state leadership will take a decision in this regard,” said Assam finance minister Himanta Biswa Sarma on Tuesday on the sidelines of a programme.

“Resignation of three AGP ministers and the regional party’s decision to fight the Panchayat polls alone increased the differences between the two parties,” said the minister while talking to the media.

It may be mentioned here that Assam BJP president Ranjit Kumar Dass has recently stated that he would appeal to Assam chief minister Sarbananda Sonowal to forward the resignations of the three AGP ministers to the State Governor for his approval.

“Our party president’s view is our view,” Sarma added.

Although the AGP had severed ties with the saffron party over the Citizenship (Amendment) Bill, 2016 and subsequent resignation of the three AGP ministers, Sonowal is yet to forward the resignations to the Governor for the latter’s approval.

The grassroots workers of the BJP have been opposing re-alliance with the regional party ahead of the Lok Sabha polls.