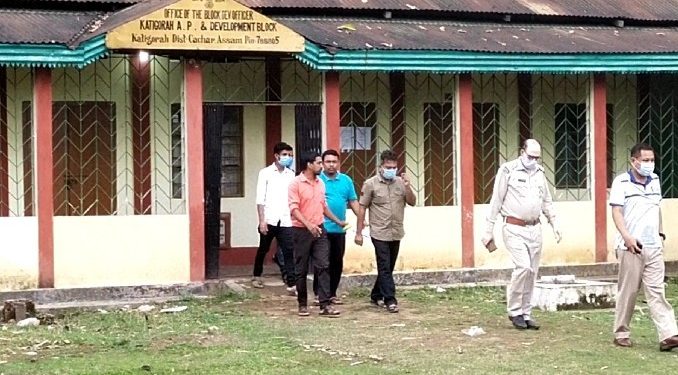 Hailakandi police has arrested the block development officer (BDO) of Katigorah for his alleged involvement in misappropriation of the funds allotted under the Mahatma Gandhi National Rural Employment Guarantee Act (MGNREGA).

Police arrested BDO Suja Hussain Mazumder on Saturday night from his residence in Katigorah on the basis of a first information report (FIR) filed with Katigorah police station by the chief executive officer (CEO) of Zilla Parishad L Faireim.

It is learnt that many more skeletons are likely to tumble out from the cupboard.

Northeast Now has learnt that errant officials are siphoning off funds in the garb of providing fake job cards and bank accounts for quite a while.

However, police sources have also said that Mazumder is a mere pawn in this scam.

There are many big scamsters which they believe will fall into their dragnet very soon.

Highly placed sources have told Northeast Now that a few months back the CEO of Zilla Parishad started an inquiry.

A committee was also formed and it discovered that gross anomalies have taken place at Tarinipur, Fulbari, Dudhpur and Ganigram areas.

“This is undoubtedly a huge scam. We have started our investigation. We are hoping that the BDO will give us few leads. It will certainly help us to trace out his other partners in this crime,” said the officer-in-charge of Katigorah police station, Manoj Narzary.

“We took the accused to the block development office on Sunday. We found few documents. In fact, we have also asked the department for few more documents.

“We are examining each and every document very minutely. At this point of time, it will be inappropriate on our part to divulge more details about this case. I can only assure you that all the culprits will be brought to book,” he added.