Assam Assembly polls: Congress is not in alliance with any party yet, clarifies state in-charge Jitendra Singh 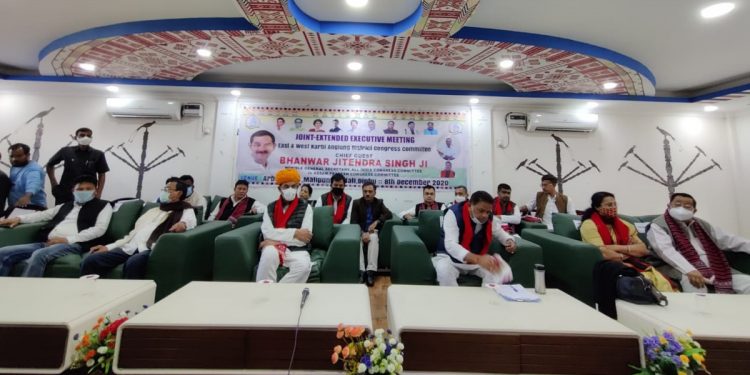 Congress is yet to form an alliance with any political party ahead of the Assam Assembly polls, clarified party’s state in-charge Jitendra Singh during his visit to Karbi Anglong on Tuesday.

Singh’s clarification comes as the BJP continues to attack the Congress, terming the talks between the Assam Congress and All India United Democratic Front (AIUDF), led by Badruddin Ajmal as ‘unholy’.

While attending the joint extended meeting of the East and West Karbi Anglong District Congress Committee held at Arboretum auditorium hall in Diphu, Singh said: “I clarify that the Congress is not in alliance with any party right now.”

“The decision on alliance may be taken after consultation with party workers and the people by the AICC. You should ignore the rumours,” he told the party workers.

“And why are we only talking about the AIUDF? There are many organisations which are against BJP’s politics, they want to save Assam from BJP and their policies. The BJP is doing politics on religion and community,” Singh added.

Addressing the party workers, Assam Pradesh Congress Committee (APCC) president Ripun Bora said, “History will repeat itself and Congress will come back to power in Assam in 2021.”

“If voted to power, the corruptions in Karbi Anglong Autonomous Council (KAAC) will be investigated and the council will be put under the lock,” said Bora.

He said, “Tuliram will be sent to jail and lock the council. After he joined the BJP, all corruption vanished and came out clean.”

“The Congress will come to power in Assam Assembly polls in 2021 and the corruption of the BJP will be unearthed, investigated and Karbi Anglong Autonomous Council will be locked,” he added.

Regarding the BTC polls, Bora said, “While the BJP, UPPL and BPF are on one side, the Congress-AIUDF are giving a neck-to-neck fight in all 40 seats.”