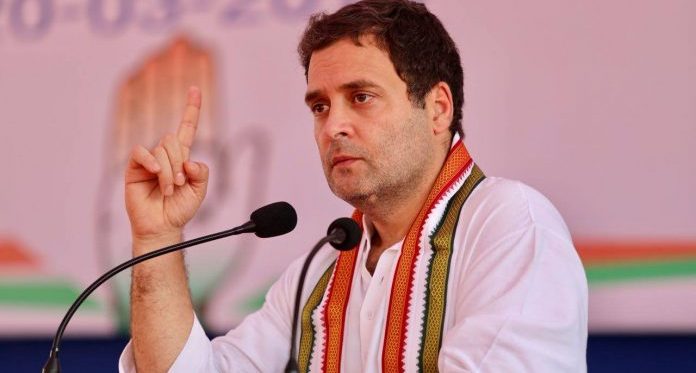 Congress leader Rahul Gandhi will come to Assam on a two-day visit beginning Friday to campagn for the Assam Assembly election. He will be in Dibrugarh ahead of the first phase of the Assembly elections in the state.

On Friday Rahul Gandhi will interact with college students at Lahoal, Dibrugarh, then he will go to a tea estate workers rally at Dinjoy in Panitola Block, Dibrugarh.

Gandhi will be addressing a public meeting at Town Field, Tinsukia. After him, his sister Priyanka Gandhi Vadra is scheduled to visit the state for campaigning.

Both of them had visited Assam earlier also.

The Congress, which ruled the state for 15 years before losing power in 2016 to the BJP, is hoping for a comeback on the back of a multi-party alliance.

The Congress has formed a Grand Alliance in Assam consisting of the AIUDF, Bodoland People’s Front, CPI, CPI(M), CPI(ML), the Anchalik Gana Morcha to fight the upcoming Assembly election.