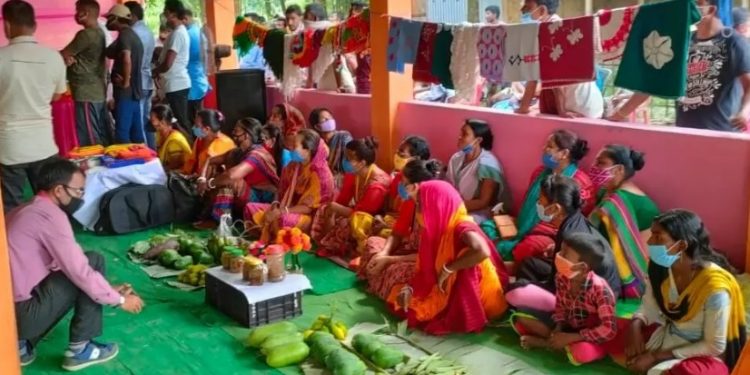 The district administration has opened an all-women market in South Assam’s Cachar district along the Indo-Bangla border.

Cachar Deputy Commissioner Keerthi Jalli on Friday inaugurated the market exclusively for women at Dinnathpur Bagicha in Katigorah area of the district.

DC Jallil said that while in Hyderabad, she had read a book The Moth Eaten Howdah of the Tusker, written by Jnanpith awardee Mamoni Raisom Goswami which helped her to get introduced to the taste and preferences of Assam.

The move behind opening the market was to explore the immense potential inherent in women, she said.

The DC said the woman market will be the junction of various communities like Bengali, Nepali, Dimasa speaking people which will develop more and encourage women to become self-reliant.

“Such kinds of markets should be opened in every nook and corner of the district and work is already in progress for opening such markets in Dholai and Sonai constituencies,” Jalli said.

She said that the GP president should ensure that only women can sell products in the market.

The DC assured that more training will be conducted via various SHGs to boost production and sale.