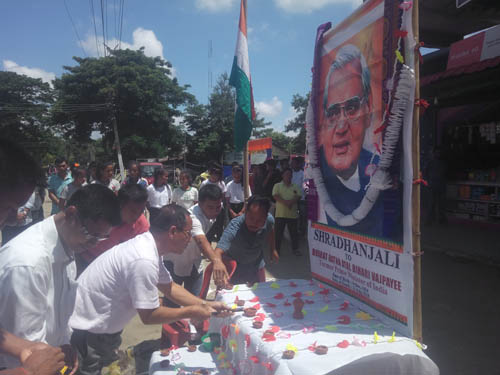 The programe was organized at Bishnu Rabha Kristi Sangha premises at Udalguri town for the former Prime Minister who breathed his last at New Delhi on Thursday at the age of 93.

The programme started with the national tricolor at half mast followed by floral tributes to the portait of the veteran Bharatiya Janata Party leader.

President of Udalguri, ABSU, Ratendra Daimari  anchored the programme including the condolence meet which was attended by citizens from all walks of life.