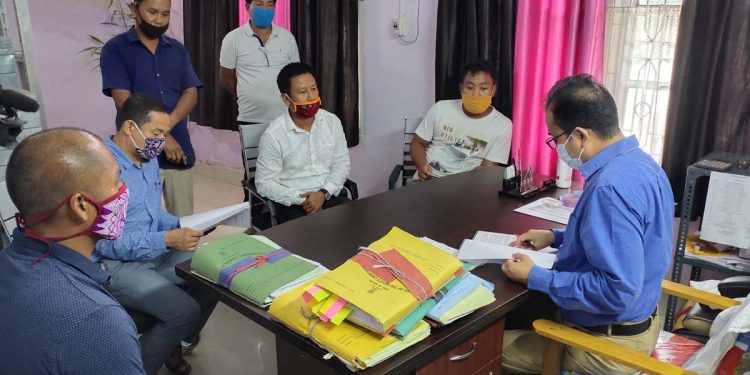 The All Bodo Students’ Union (ABSU) on Saturday demanded a special package of Rs 10,000 crore from the Centre for construction of embankments and protection of the flood-hit areas in Assam.

The students’ union leaders urged the Centre to initiate a strong policy to mitigate the further impact in future Assam mainly for the rehabilitation of flood induced displaced people and declare the flood as a national problem.

“Please do visit the flood-affected areas of Assam and have an ariel view of the same as early as possible, declare the flood in Assam as a national problem and come up with a national policy to mitigate its further impact in future,” Dipen Boro, president of ABSU said.

The students’ union also submitted a memorandum to the Prime Minister through the deputy commissioner, Chirang seeking immediate strict steps check the flood-affected situation in the state.

A total of 76 people have died in the ravaging deluge of the flood that has continued wreaking havoc across Assam till Friday.

According to the Assam State Disaster Management Authority, 3,014 villages across 28 districts in the state are reeling under floodwater.

Several rivers including the mighty Brahmaputra in different parts of Assam are flowing above danger level, causing floods and consequently leaving thousands of families homeless.

Meanwhile, the Kaziranga National park is badly affected with 85% area submerged and according to Forest department report, a total of 86 animals have died in this flood season and 125 animals have been rescued.