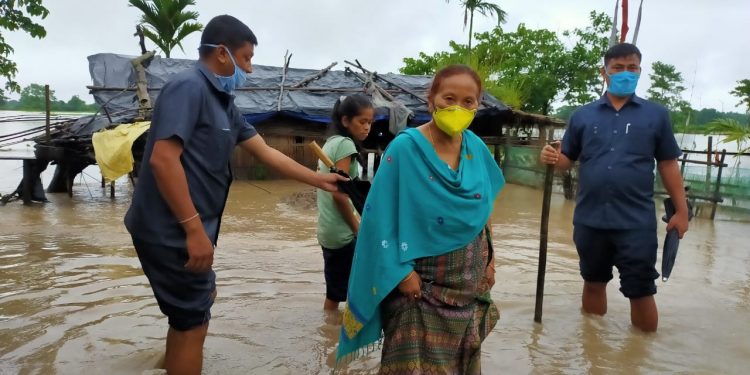 A 40-year-old woman, identified as Eyearan Bewa, was reportedly drowned in Haraputa river in Gossaigaon subdivision of Kokrajhar district on Friday.

She was a resident of Simaltapu village.

Meanwhile, a total of 23, 638 people in 74 villages under four revenue circles- Bogribari, Kokrajhar, Bhawraguri and Dotma- in Kokrajhar district have been affected by the flood .

A total of 1410 people have been forced to take shelter in four relief camps.

The strong current in many rivers which flows from Bhutan has eroded several hectares of land.

Meanwhile, the Hel Gangiya and Laodonga river under Kokrajhar has been flowing on danger line due to incessant rain for the past few days.

Several villages have submerged and ample livestock has been badly affected, sources said.

Interacting with the media, Brahma assured the victims to provide essential ration from the government.