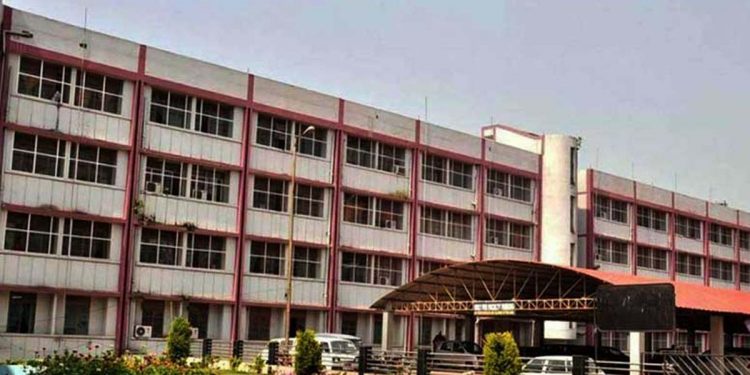 A view of the GMCH.

A total of 12 patients lost their lives in Gauhati Medical College Hospital (GMCH) due to Covid19 infection in the last 24 hours.

The news has been confirmed by GMCH superintendent Dr Abhijit Sarma.

In reply to a tweet by senior journalist Atanu Bhuyan at 12.43 am on Tuesday stating that “12 Covid19 patients died suddenly at GMCH”, Dr Sarma clarified that the deceased were critical patients and they did not die suddenly.

The GMCH superintendent said, of the deceased, 9 were in ICU and the 3 others were in ward and they “died within 24 hrs of admission”.

Two of the persons died in the emergency ward, he said.

While sharing a data sheet, Dr Sarma also informed that none of the cases were vaccinated for Covid19.

Their saturation levels were less then 90% on arrival at GMCH, Dr Sarma said.

“…these patients are not sudden death. They were critical cases 9 in ICU other 3 in ward who died within 24 hrs of admission. 2 died in emergency.None of the cases were vaccinated with saturation less then 90% on arrival to GMCH,” Dr Sarma tweeted.

According to the data sheet of 10 patients, shared by the GMCH superintendent, the deceased were aged between 50-85 years.

While 5 of them were male, the rest were female patients.

Two of the patients were from Basistha in Kamrup Metro district.

Another patient from Kamrup Metro, who died of Covid19 infection, was a resident of Jyotikuchi.

The other patients, who lost their lives due to Covid19, were from Goroimari in Sonitpur, Samuguri in Nagaon, Baihata Chariali in Kamrup Rural, Dhuphara in Nagaon, Tamulpur in Baksa, Bhalukdubi in Goalpara and Dubijan in Hojai. 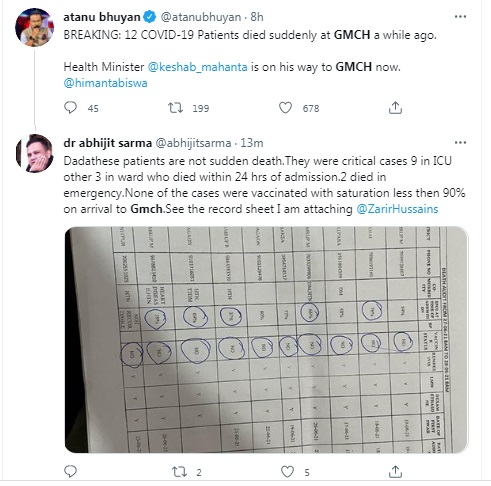