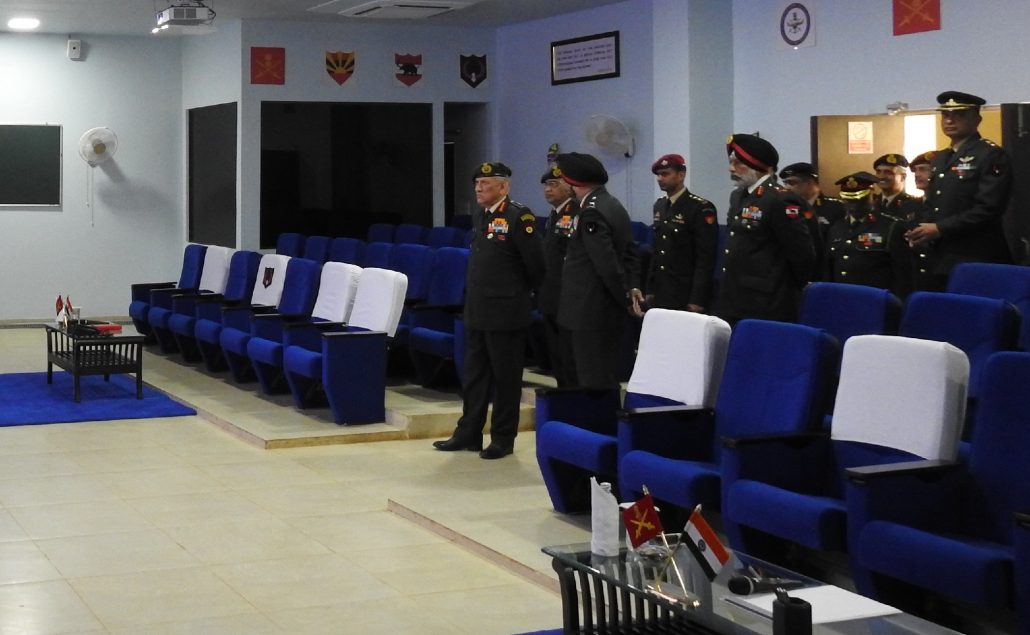 General Bipin Rawat, the Chief of the Army Staff, visited the Red Horns Division of the Indian Army at Umroi Station in Meghalaya on Sunday in a day-long tour.

Informing this, Guwahati-based defence spokesperson Lt Col P Khongsai said during his visit, the Chief of Army Staff Gen Rawat reviewed the internal security situation apart from inspecting the Joint Training Node, a state-of-the-art facility which has been developed in the Eastern Theatre to undertake joint training with the Armies from friendly foreign countries.

The Joint Training Node in the recent past has hosted Army delegations from two friendly foreign countries wherein, bilateral exercises were undertaken with Myanmar and Bangladesh with the aim to bolster defence cooperation with the country’s immediate neighborhood.

It may be mentioned that Amy Chief Rawat recently triggered a controversy after saying that the All India United Democratic Front (AIUDF), an opposition political party in Assam,  has grown faster than the Bharatiya Janata Party (BJP) in Assam.

Immediately after his comment, General Rawat was criticised for making such ‘political’ statements. However, the Indian Army had tried to downplay its chief’s comments and had extended support towards General Rawat.

The Army had stated that there was nothing political or religious in the talk. It also stated that the Army Chief just mentioned amalgamation and development in the seminar on North-East organised at DRDO Bhawan on February 21, 2018.