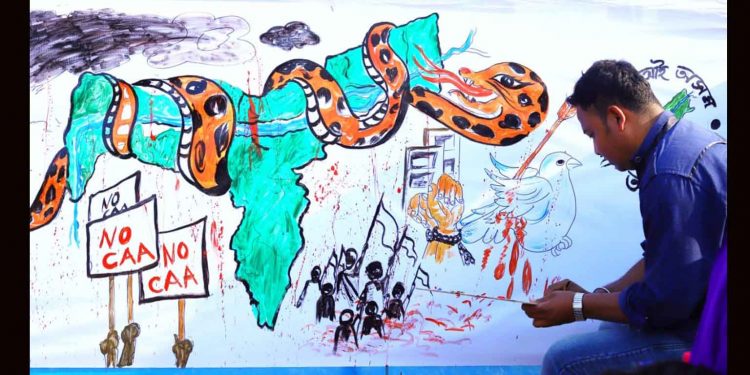 Teok All Assam Students’ Union (AASU), artists’ fraternity, and several other organisations under the aegis of Jorhat AASU staged a protest against the CAA on Silpi Divas on Friday near Teok Hospital Tiniali.

Signifying how CAA has strangulated Assam, artists drew murals in which a python was seen squeezing the map of Assam.

Wall paintings also depicted how the peace-loving people of Assam began a movement, which witnessed bloodshed.

To depict this, a stabbed pigeon with blood dripping from its body and flowing to a red river was drawn.

The drawings were done by Nabajyoti Konwer and students of Teok Jatiya Vidyalaya.