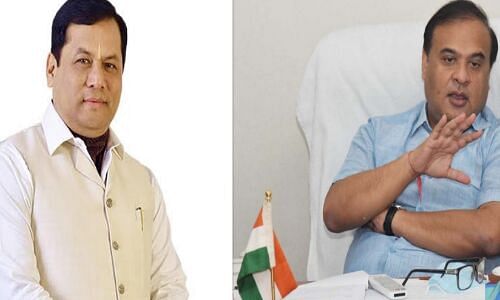 Amid suspense over who the next Assam Chief Minister will be, incumbent chief minister Sarbananda Sonowal and influential minister Himanta Biswa Sarma on Saturday morning flew to New Delhi to meet BJP central leadership.

Sources said both CM Sonowal and NEDA chief Sarma left for Delhi in a chartered flight in the early morning on Saturday.

Both Sonowal and Sarma have been asked to reach BJP president JP Nadda’s residence in Delhi by 10.30 am on Saturday.

As per reports, the central leadership wants to discuss the issue face to face with both the leaders before taking a final call. This is being done to avoid any sort of factionalism in Assam BJP.

Sonowal and Sarma are expected to have a meeting with BJP president JP Nadda, Union Home Minister Amit Shah, BJP general secretary BL Santhosh and others on Saturday.