AASU takes out protest march against NGT clearance to LSHEPP 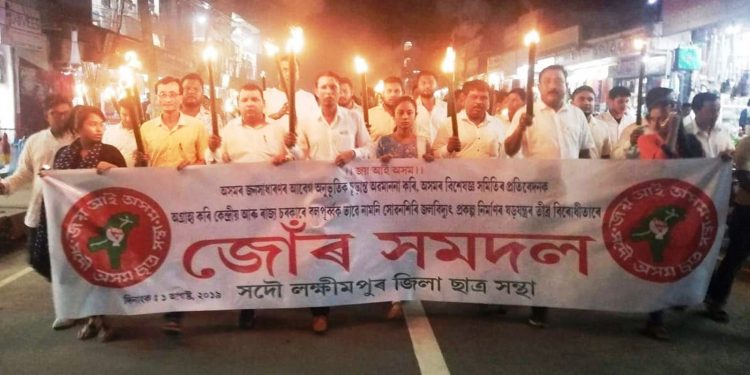 Protesting against the National Green Tribunal (NGT)’s approval to the 2000 MW Lower Subansiri Hydro Electric Power Project (LSHEPP) at Gerukamukh, the All Assam Students’ Union (AASU) in Lakhimpur took out a protest march on Thursday evening.

“The proposed project has the percept threat of affecting the downstream areas of the river Subansiri in Lakhimpur,” the agitating members said.

“Earlier, the NGT had ruled against the LSHEPP and now it has passed it, how?” the AASU questioned.

The apex student body of the state further said that their protests against the NGT verdict would intensify in the coming future.

The duo in the plea to the court challenged the constitution of the expert committee on matters related to LSHEPP.

The experts included in the committee were either connected with the LSHEPP or with any other big hydroelectric project.

Wednesday’s dismissal has put everything back in favour of the LSHEPP to resume work.