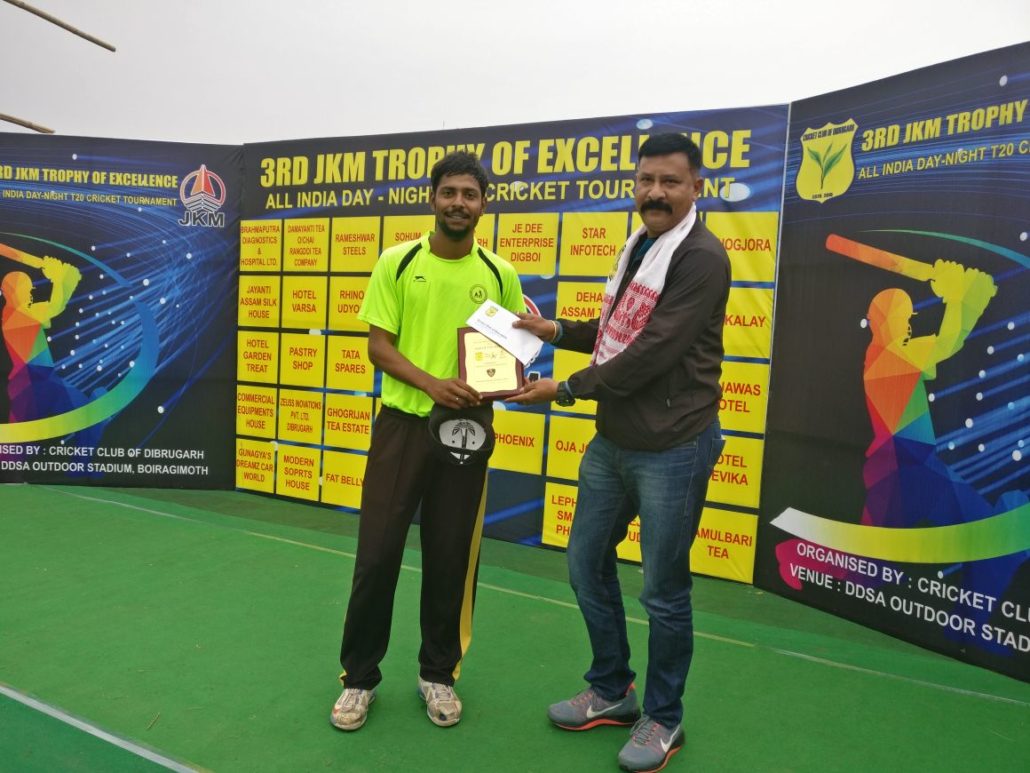 Dibrugarh Cricket Coaching Centre and Phoenix Cricket Club registered victory in their respective matches on the inaugural day of the 3rd edition of the JKM Trophy of Excellence-All India Day-Night Cricket Tournament organised by the Cricket Club of Dibrugarh at the DDSA Stadium on Sunday.

Mousuf Shah was adjudged the man of the match.

During the inaugural ceremony, Muktabul Hussain, Joint Secretary of Assam Cricket Association, was present as the Chief Guest along with Surjeet Singh Panesar, Additional Superintendent of Police, Dibrugarh, who was present ast the Guest of Honour.