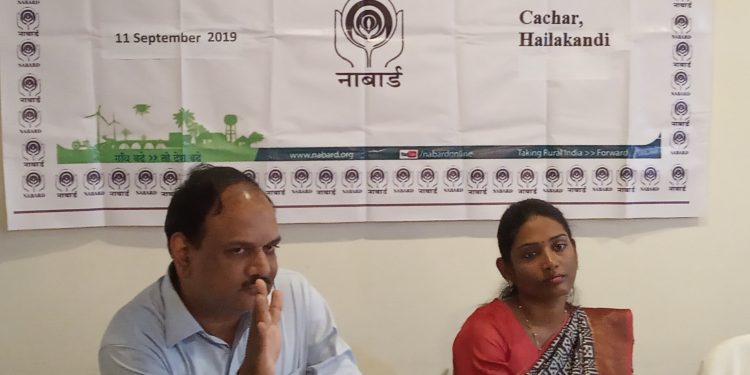 A zonal level workshop on Dairy Entrepreneurship Development Scheme (DEDS) was held in Silchar for the districts of Cachar and Hailakandi of Assam on Wednesday.

The workshop was one of the flagship programmes of the central government.

While inaugurating the workshop, Deputy Commissioner of Cachar, Laya Madduri, emphasized upon the importance of implementing the DEDS in both the districts in tune with the government priorities and plans.

The deputy commissioner while expressing her concerns for the non-utilization of the DEDS in her district, urged upon the stakeholders to work in cohesion to derive better results and also generate employment opportunities.

She added, “The DEDS, a flagship programme of the Government of India, taken care off by National Bank for Agriculture &amp; Rural Development (NABARD), is an old scheme floated by the government and has been better utilized by other states of the country.”

“Especially in Silchar, there is a dairy farming unit, but has been lying unused for so many years and now we are trying hard to get it started,” she said.

She also urged the farmers to step up and participate in a mission mode to reap maximum benefits from such schemes.

Dr Samir Samantara, DGM of NABARD, also a key note speaker in this workshop, said, “Steps are being taken to increase the avenues for income of farmers involved in milk rearing along with the latest technology available.”

He added, “The Government of India has sanctioned a sum of Rs 64 crores for utilization in the state of Assam alone.”

“But we have been able to only disburse Rs two crores in the past six months,” he added.

“This amount won’t be sent back to any other state if not utilized in Assam, but, we must all work in cohesion towards achieving a goal of increasing the production and likewise generate employment,” said, DGM, NABARD.

Around 70 participants including officials from various banks of Cachar and Hailakandi districts took part in the day-long workshop held in Silchar.