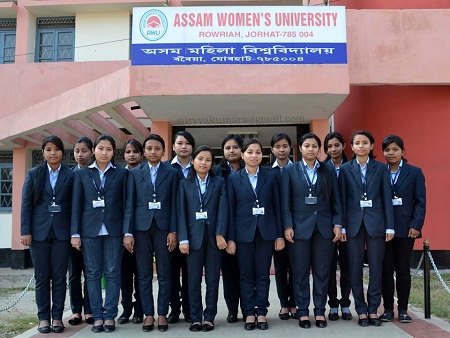 The stalemate over Assam Women’s University has been resolved for the time being with the students agreeing to resume classes after the Bohag Bihu vacation.

The decision came in the wake of Assam Legislative Assembly Speaker and Jorhat MLA Hitendra Nath Goswami meeting a group of twelve students of the university and eight members of All Assam Students’ Union at the Circuit house here on Tuesday and assuring them of making the University a full-fledged one.

“I have already said that the University will be protected in the floor of the Assembly and I will not go back on my word.  However, the process of appointing a vice chancellor will take some time.  I would request you all to resume classes and we will start the process soon,” he said.

The Speaker also said that the qualification certificates would also be valid.
“We have been convinced by the Speaker’s words and will resume classes after Bihu.  We hope that a vice chancellor will be appointed by May end,” one of the students said.

“The speaker further said that the name of the university is likely to be changed and it might be made an affiliating university,” she said.

For more than a month now students of the University had boycotted classes and staged protests including a 36 hour hunger strike from March 19.

The students had gone on strike due to the state Education Minister Himanta Biswa Sarma making contradictory statements in the floor of the Assembly and in front of various media that the University would be degraded into a Technical Institute and then again that it would be made into a Centre of higher education for women.

Today, Sarma is still education minister under the BJP dispensation in the State, three-time former Congress chief minister Gogoi  in the opposition, Goswami also having been elected from here on a BJP ticket after switching from the AGP.

With the new political equation,  the AWU,  which was Gogoi ‘s pet project,  was set to become a casualty of political chicanery until all the students organizations in the State including AASU,  SMSS,  AJYCP,  SFI and others united against the move and it received widespread condemnation from organizations like JNU, BHU,  IIT,  Kharagpur and other individuals and institutes.